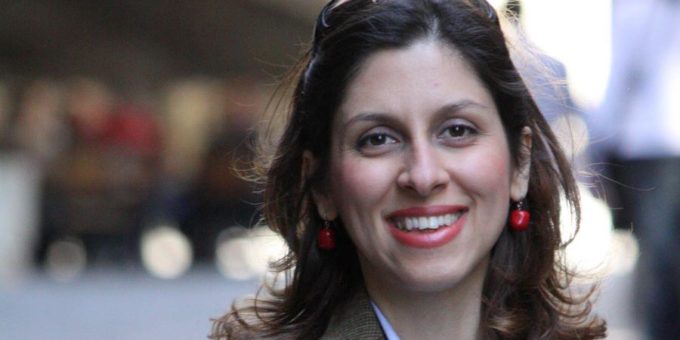 LONDON: Tehran is facing calls from the UN and rights groups to release political prisoners held in high-risk prisons amid the coronavirus outbreak.

Iran has released 70,000 prisoners as the country struggles to tackle the virus. It now has more than 10,000 cases and 429 confirmed deaths.

The virus has hit the center of government and Parliament, with ministers and MPs falling ill. But despite the spread of the virus throughout the country, its judicial system has refused to grant leave of absence to political prisoners held in high-risk prisons.

Javaid Rehman, the UN’s special rapporteur on human rights in Iran, said: “A number of dual and foreign nationals are at real risk. If they have not … got (coronavirus) they are really fearful of the conditions. This is also my worrying concern and therefore I have recommended to the state of the Islamic Republic of Iran to release all prisoners on temporary release.”

Human Rights Watch (HRW) said Iran should ensure “temporary release of all eligible prisoners and the unconditional release of people detained for peaceful dissent, due to the coronavirus outbreak.”

Moore-Gilbert, who was arrested in September 2018 and is a professor at the University of Melbourne, has been held in the notorious Ward 2A of Evin prison in Tehran for 18 months, having been sentenced in a secret trial to 10 years in prison for spying. She denies the charge.

Moore-Gilbert has revealed through letters smuggled out of the prison, which is run by the Islamic Revolutionary Guard Corps, that she is being held in solitary confinement.

She said she does not have sufficient medicine or food, and lacks money to top up on personal items.

“I feel like I am abandoned and forgotten … I am an innocent victim,” she wrote in one of her letters.

Zaghari-Ratcliffe was sentenced to five years in what HRW described as an “unfair trial.” Her family said she was experiencing symptoms of the virus and believed that she had contracted it in Evin prison. On March 8, the family said she had not been tested but her general health was improving.

Days later, professors at Sciences Po in Paris asked Iran to release academics from the French university on “humanitarian grounds” because of health concerns amid the outbreak.

Meanwhile, British-Iranian political prisoner Anoosheh Ashoori has sent a recorded message to his wife saying his jail is in chaos because of the virus. He appealed to the UK government to do more to help secure his temporary release.

Ashoori was transferred three days ago within Evin prison to Ward 4, one of the wards he claims has housed victims of the virus. He was sentenced in 2018 to 10 years in jail for spying for Israel, which he denies.

“As we entered (the new prison ward) the soldiers were wearing worn-out masks and no gloves. Nobody checked anybody for high temperature. All our stuff they touched when we entered,” he said

“Last night bed bugs were biting everyone. Nobody slept through the night. Today we have newcomers who are murderers and all different outlaws. Someone was sent from corona quarantine,” he added.

A UK Foreign and Commonwealth Office spokesperson told Arab News: “We are deeply concerned by reports that coronavirus has spread to prisons in Iran. We urge the Iranian authorities to release all British-Iranian dual nationals immediately on humanitarian grounds.”

Other prisoners at risk of infection are believed to include hundreds who were arrested in November following anti-government protests.

In a February report, Rehman described how overcrowded and unhygienic conditions were spreading infectious diseases such as tuberculosis and hepatitis C.

The UN official said Iran’s efforts to contain the coronavirus had been inadequate. “In my estimation, the state has done too little and too late,” he said.

Rehman referred to Iran’s decision in February to permit mass rallies in the city of Qom for the parliamentary election, disregarding the virus’ rapid spread.

“Across the country we have heard, and we have information, that little action was taken initially and as yet there is still inadequate action,” he said.

Weinstein Hospitalized With Heart Trouble After Judge Gives Him 23 Years