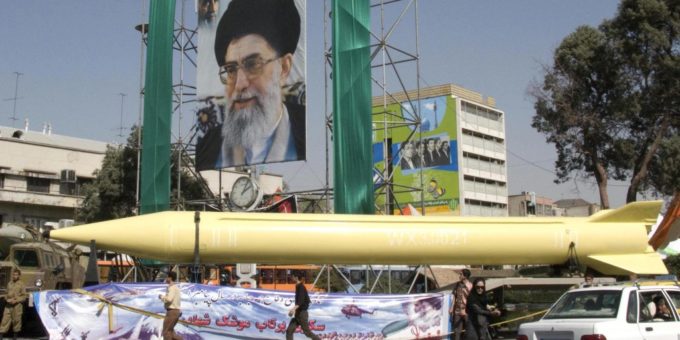 LONDON: Iran could have enough material to build a nuclear bomb within weeks, US senators have been warned in a closed-door meeting.

The assessment of Tehran’s nuclear capability highlights how Iran’s breakout timeline — the time needed to produce enough enriched uranium for a bomb — has continued to drop.

The warning came just after Iran announced that it had produced ballistic missiles capable of traveling 1,450 km and “penetrating missile shields” such as the US-manufactured Patriot system, used by Saudi Arabia, the UAE and other Middle Eastern countries. Iran now has the largest arsenal of ballistic missiles in the region.

Some have taken the news of Iran’s shortening breakout time as a new impetus for the US to conclude a deal with Tehran that would curb its nuclear program in exchange for sanctions relief.

“And I left the briefing more certain than ever that we better be serious about trying to get back into an agreement.”

Long-running negotiations in Vienna between Washington and Tehran appear to be nearing their conclusion, and the US recently announced some sanctions relief.

But Republican officials said Iran had previously breached the spirit of the deal by spreading instability throughout the Middle East through its proxies, and by producing ever-more ballistic missiles.

“I think the only deal that’s possible is a bad one. And that’s what I fear — that the administration wants a deal so badly that they’ll enter into a really dangerous one,” Florida Sen. Marco Rubio, the top Republican on the Intelligence Committee, told Politico.

Officials say talks in Vienna are now at a crucial stage. Any further delays and Iran may be too close to producing a nuclear weapon to re-join the deal, said the White House.