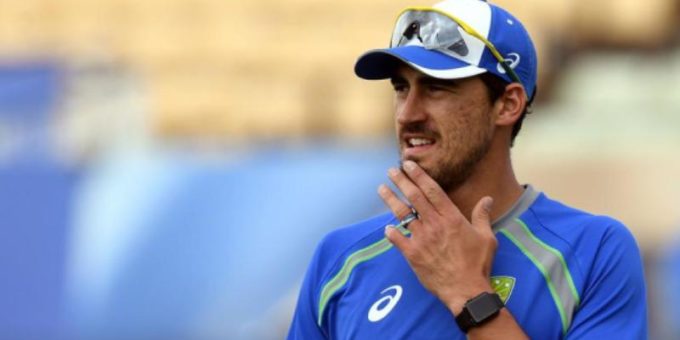 Australia pacer Mitchell Starc has stated that he could return for the next edition of the Indian Premier League (IPL), which could affect his availability for Pakistan tour amid a jam-packed season.

According to
ESPNcricinfo, the left-armer is considering playing IPL for the first time
since 2015 in order to prepare adequately for the T20 World Cup.

“I’ve got
two days to get my paperwork in so that might be something I do today before
training,” Starc said. “I’ve not put my name down just yet [for IPL],
but I’ve got a couple more days to decide on that. It’s certainly on the table,
regardless of the schedule coming up. I haven’t been for six years or so.”

“With
obviously a heavy weighting towards T20s over the last period of time and the
World Cup coming up later this year, that’s one to take into consideration,”
he added.

Australia’s
muti-format players, including Starc, will have no break until August if they decide
to play in the IPL.

Australia
have limited-overs matches, three ODIs and one T20, against New Zealand, after
the conclusion of the Ashes. This will be followed by a five-match T20I series against
Sri Lanka in February.

Meanwhile, the
Pakistan Cricket Board (PCB) has already announced the details of Australia’s
first tour of Pakistan since 1998, which will take place in March and April
2022, and comprise three Tests, three ODIs and one T20I.

The IPL will
run from April into early June and Australia are also set to visit Sri Lanka
for a Test and limited-overs tour in June and July.

“The
schedules are quite jam-packed, when you throw in all the tours, obviously
we’ve got a couple of white-ball series post the Ashes before that Pakistan
tour,” Starc said. “Then you take in consideration the IPL, then a
Sri Lankan tour after that, so it’s a massive six months of cricket for
everyone, but certainly for those multi-format players.

The players
were also briefed about Pakistan tour, this week, by Cricket Australia and the
Australian Cricketers’ Association.

“We had
a bit of a briefing the other day about the upcoming tour [of Pakistan]. I
think it’ll take some time for all players to process that information. And
then obviously, we’ve got a Test match this week to play and perform in and
then we’ll move on to what comes next,” Starc concluded.