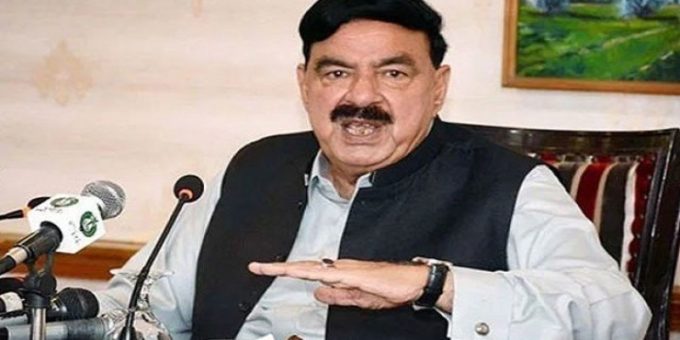 Interior Minister Sheikh Rashid on Sunday played down the opposition’s decision to use all means to oust the Pakistan Tehreek-e-Insaf (PTI) government, saying the opposition is dying on its own.

In a press conference in Islamabad, the minister said the long marches by the opposition will fail. “These people say they will send our government home, but they will surely fail,” he added.

If they want to bring a no-trust vote against PM Imran Khan they are more than welcome to do so, he said, adding that they can all join hands against the government but they will still fail.

In a comment on Maulana Fazlur Rehman, the head of the Pakistan Democratic Movement (PDM), he said Fazl used to say that he will remove Imran Khan from the government “like a fly out of milk”, but now it’s the Pakistan People Party (PPP) and the Pakistan Muslim League-Nawaz (PML-N) that removed him in this manner from the Saturday’s meeting in Lahore.

Maulana can try all he wants but the PPP and PML-N will not resign from the assemblies, Rashid claimed. He further said that the long march will not succeed either.

Rashid said he had asked the opposition to change their protest date but now “I want them to come”. “These people are trying to foment instability,” he alleged.

“These money launderers have put Pakistan in crisis,” Rashid said referring to the opposition leaders.

Speaking about the security operation in Balochistan, Rashid said the state will go after anyone who would pick arms against it. The security forces killed 20 militants over the three-day-long operation and nine army personnel lost their lives as a result of the operation, he added.

The minister said the attackers had received help from India, adding that the government will talk to anyone but not to those who would attack the state installations.

Rashid said the government will also pick up the issue of prisoners in Gulf countries, particularly Saudi Arabia, during the visit of its interior minister to Pakistan. “We are also in touch with Qatar, Bahrain, and Kuwait to bring back our citizens imprisoned over petty crimes,” he added.