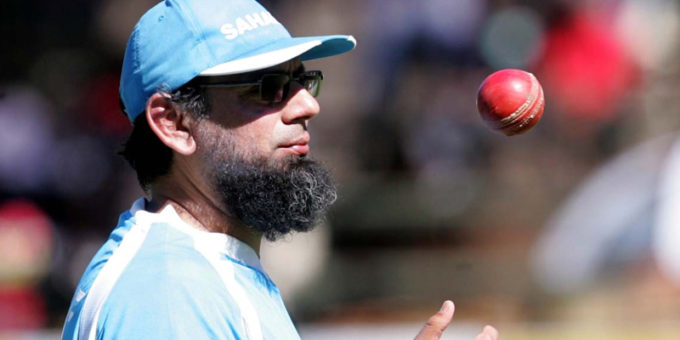 New Zealand series will be his first as Pakistan coach

Newly-appointed interim coach Saqlain Mushtaq will take full
responsibility of the results when Pakistan take on New Zealand in the upcoming
One-day and T20I series, the former spinner has said.

Pakistan host the Black Caps for
three ODI’s and five T20Is in Lahore from September 17 to October 3. Saqlain
will be partnered by former all-rounder Abdul Razzaq in the national side’s
coaching setup following the resignation of Misbah-ul-Haq and Waqar Younis as
head coach and bowling coach.

The 44-year-old said his
experience of working with each of the current members of the Pakistan squad
will come in handy during the series. However, he added that “as a coach, every
assignment is a challenge”.

He expected the Babar Azam-led
side to play aggressive cricket and show no fear against the visiting New
Zealanders.

Saqlain also defended Misbah and
Waqar’s decision to step down as Pakistan coaches. “Saying that they ran away
is very wrong,” he said.

“We are currently focused on the
upcoming series against New Zealand. We will think about the future of coaching
later.”