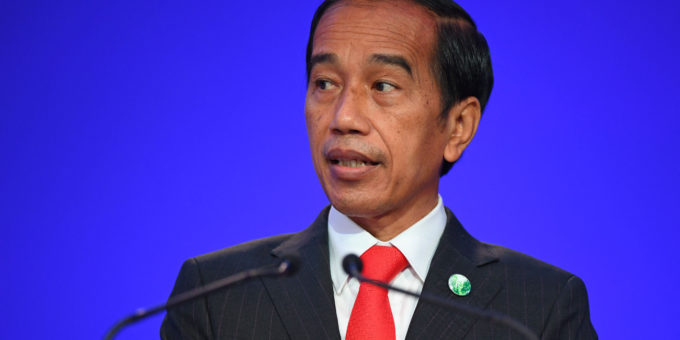 DUBAI: As world leaders convene in Glasgow for the COP26 summit, the untapped potential of hydrogen among other alternative energy sources has occupied the attention of experts and delegates who have descended on the Scottish city to explore ways to mitigate climate change.

Hydrogen fuel has become a viable contender for energy transition as heat-trapping greenhouse-gas emissions continue to increase despite the goal set by the Paris Agreement to limit global warming to well below 2 degrees Celsius and to pursue efforts to limit it to 1.5 degrees Celsius.

According to a joint report by consultancy Roland Berger and the international industry network Dii Desert Energy titled “The Potential for Green Hydrogen in the GCC Region,” hydrogen’s intrinsic characteristics make it a clean and versatile energy carrier, with the potential to become the new oil or natural gas.


Hydrogen gas can be used to store energy for long periods of time, in large tanks or in salt caverns. And, according to engineering firm Geostock, some GCC countries have the ideal geological conditions to allow for large-scale underground storage facilities inside rock formations, which could serve as a buffer for varying seasonal demand.

In any case, thanks to their vast empty spaces, strong regular sunshine and, in some places, powerful winds, the GCC states are well positioned to develop low-cost, large-scale renewable energy projects. “This is a CO2-free energy source,” Heinz Sturm, a civil engineer and expert on hydrogen and fuel cells, told Arab News. “I see Saudi Arabia and the UAE as very important suppliers for worldwide green hydrogen supply, especially for countries in the EU.”

Hydrogen is derived through water electrolysis, which uses electricity to split water molecules into oxygen and hydrogen. Green hydrogen is produced using renewable energy sources such as solar and wind to drive the chemical reaction, without emitting carbon byproducts.

“The problem is it’s too expensive and it needs wind or solar, which is a huge problem for developing countries,” said Sturm, who regularly advises governments and the UN on hydrogen and the circular economy, climate change and clean energy.


The role of hydrogen in tackling climate in MENA


However, “another way to do it is through the gasification of biomass waste. It’s 30 percent cheaper than water splitting, reduces waste, and is totally free of carbon.”

Sturm is also the founder of the Bonn Climate Project, which is being implemented by the Germany-based International Clean Energy Partnership and Climate Technology Center.

In 2017, he developed a technical report titled “Hydrogen Economy for Arab Countries,” commissioned by the Berlin-based Ghorfa Arab-German Chamber of Commerce and Industry to find ways to tackle climate change from a new angle.

“It’s important for Gulf countries because they are the existing suppliers of oil to the EU and we will still need such supply to continue in the future,” said Sturm.


“So, they need to build this business and switch it to hydrogen instead of oil. For North African countries, they have other opportunities to produce green hydrogen by thermal chemical reaction of biomass waste, which will help their economy grow. It’s a social, political and economic project.”

Experts say the potential for green hydrogen in sectors ranging from chemicals and refineries to transport and residential is immense. According to the International Energy Agency, the abundance of renewables in the GCC countries makes the bloc potentially one of the most price competitive for hydrogen production.

Progress is already being made in Egypt, the UAE and Oman, while in Saudi Arabia a 2-GW green hydrogen production facility for ammonia is in the works for NEOM, the smart-city project taking shape on the Kingdom’s Red Sea coast.

Developed through a partnership between ACWA Power, Air Products and NEOM, the project is among the biggest green hydrogen initiatives in the world.

“Given the availability of competitive and low-cost renewable energy, NEOM will produce green hydrogen at scale and convert it to green ammonia for export,” according to the Dii Desert Energy report.


NEOM has developed a comprehensive localization approach and strategy, which the report says could turn it into the first hydrogen valley in the MENA region — an area where several applications are combined into an integrated hydrogen ecosystem.

“It could serve as an incubator for NEOM and other green hydrogen projects nationally and potentially internationally,” the Dii Desert Energy report said.

The potential economic benefits are huge, including new employment opportunities across a wide spectrum of positions and skills.

“For the GCC, hydrogen has the potential to become a $200 billion industry and it could create 900,000 direct and indirect jobs by 2050, which is significant,” Frank Wouters, green energy developer and chairman of the MENA Hydrogen Alliance, an initiative led by Dii Desert Energy, told Arab News.

The joint Dii Desert Energy and Roland Berger report predicts between 200,000 and 450,000 jobs could be created in the region by 2050 in renewables related to hydrogen production. However, such jobs will require new skills that do not exist in the current workforce. As a result, it recommends that the GCC develop an ecosystem of capability building, including educational and training programs.

It also advises GCC countries to develop hydrogen valley projects, while setting up research and development partnerships with international technology providers to accelerate the development of hydrogen ecosystems, particularly for advanced technologies.


To unlock the full potential of the hydrogen economy, the report added that GCC countries will need to set a clear direction for all key actors with integrated hydrogen strategies. This could ultimately result in the generation of up to $200 billion in revenues annually.

To this end, Sturm wants to see tech-sharing deals reached between the Gulf countries and Germany.

“We need hydrogen as a universal energy for all sectors, as no other energy source can do that,” he said. “Gulf countries are already further ahead than most other nations thanks to their decisive commitment to climate protection.”

Looking to the not-too-distant future, Sturm said: “If they work in parallel with Germany and the EU for the introduction of a hydrogen economy, we can save our climate and, with it, our world.”

Satyajit Ray did posters, music for films out of compulsion: Shoojit Sircar
2022-04-27

Jealous man in the US allegedly kills wife for being a Hrithik Roshan fan : Bollywood News
2019-11-12