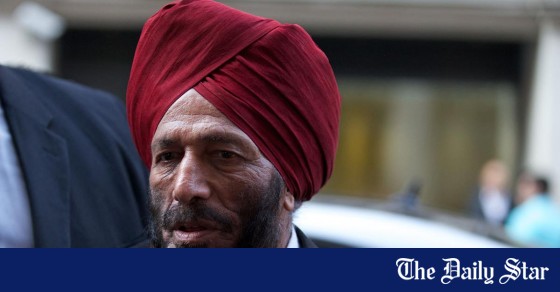 Indian athletics trailblazer Milkha Singh, the man dubbed “The Flying Sikh” for his Olympic and Asian Games exploits, died Friday at the age of 91 after contracting Covid-19, local media reported.

Milkha Singh lost his wife Nirmal Kaur to the virus earlier in the week.

“In the passing away of Shri Milkha Singh Ji, we have lost a colossal sportsperson, who captured the nation’s imagination and had a special place in the hearts of countless Indians,” tweeted India Prime Minister Narendra Modi.

“His inspiring personality endeared himself to millions. Anguished by his passing away.”

Singh won gold medals at the 1958 and 1962 Asian Games. However, he shot to fame at the 1960 Olympics in Rome when he finished fourth in the 400m after a photo-finish was required to decide the winner.

His time of 45.73 seconds was an Indian national record which stood for almost 40 years.

“Had the honour of meeting you and you blessed me so many times .. the kindest and warmest RIP Milkha Singh sir .. the world will miss a legend like you .. #MilkhaSingh,” tweeted India tennis star Sania Mirza.