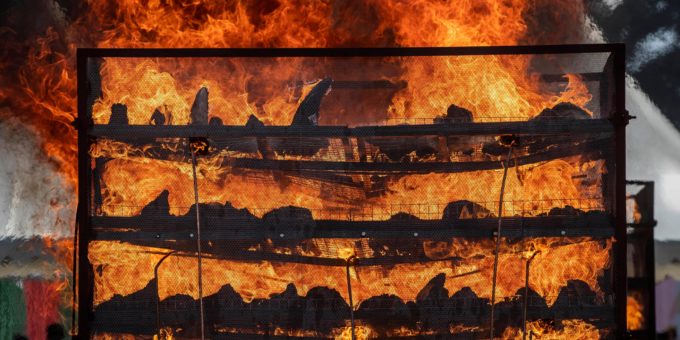 Indian officials have burned about 2,500 old rhino horns to spread awareness of the need to protect the rare animal on World Rhino Day.

The horns, which had been stored for years, were from rhinos that died of natural causes at Kazaringa and other smaller habitats across Assam state and those confiscated from poachers.

Kaziranga is home to nearly 2,500 one-horned rhinos and is the world’s largest habitat for the rare animal. Despite the presence of armed forest guards, poachers still manage to kill some of the rhinos.

Rhino horns are sold by poachers in South Asia, China, Vietnam and some other countries because of a belief that they contain an aphrodisiac and medicinal properties. Sale of the horns is illegal in India.

“Trading in rhino horns must stop and the claim of these horns having medicinal properties is false,” Sarma said.

The park is 155 miles east of Gauhati, the Assam state capital.

Alberta’s hospitals near 90% of surge capacity