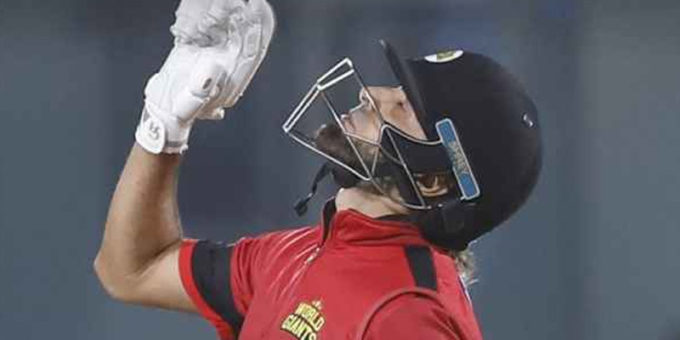 The Giants
were set a massive target of 210 runs after Naman Ojha scored a brilliant
century, 140 runs in 69 balls, for the Maharajas.

Chasing the daunting target, the Giants reached home in 19.3 overs courtesy a blistery fifty by tailender Tahir. The right-hander remained unbeaten on 52 runs in 19 balls, with the help of three fours and five sixes.

The victory for
the Giants meant that all three teams in the competition, including Asia Lions,
now have one win, each, under their belt after playing two games.