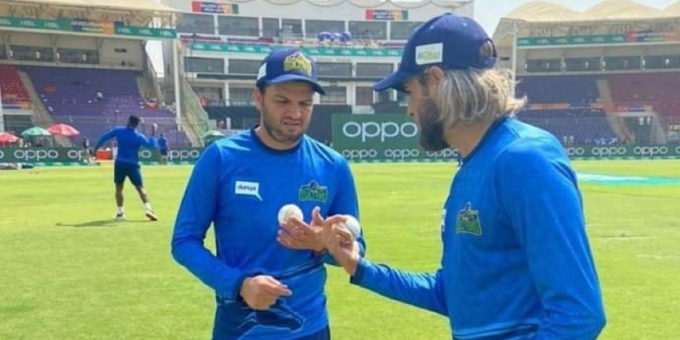 Both the 42-year-old and the Pakistan leg-spinner play for
the same franchise — Multan Sultans— in the Pakistan Super League (PSL) 2021.

Tahir, while talking to SAMAA revealed that he shares his
experience with Usman because he is eager to learn new things.

“Usman learned to play cricket in front of me,” he said. “I always try to share all my experience and whatever I learned in the game with Usman, so he can become a better bowler than him. He gives his 100 per cent on the field and always eager to learn new things.”

The Proteas’ spinner further went on to express admiration
for the father of Usman — Abdul Qadir — who according to him was his ‘role
model’.

“I used to go and learn from late Abdul Qadir,” he said. “I
always wanted to be like him that is why he was my role model.”

Tahir has played 21 matches for the Sultans where he has
managed to claim 26 wickets at an average of 19.46, which included a hattrick
as well.

On Nandamuri Balakrishna’s birthday, 7 of his superhits you can binge watch