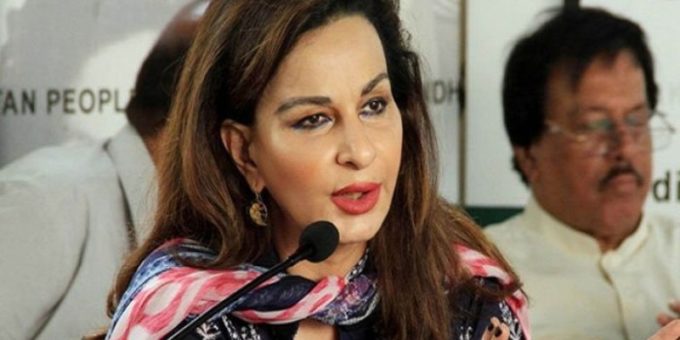 While criticizing the premier, Sherry Rehman said Imran Khan thinks that everyone except him has come into power to commit corruption.

Majority of the people thinks that the level of corruption has increased in Pakistan Tehreek-e-Insaf (PTI) government’s tenure, she went on to say.

The PPP leader said, “You (Imran Khan) cannot sit calmly by leveling allegations against others.”

The reaction came after Prime Minister Imran Khan while calling corruption a reason to destroy a country, said the factor behind the countries poverty was not the lack of resources but the corruption of their leadership.

“Corruption is something which destroys a country. The poor countries are poor not because of they lack resources but because their leadership is corrupt,” the prime minister said in an interview with Al Jazeera.

On India’s Military Needs, Rajnath Singh’s ‘Clear Message’ To US, Russia, Others