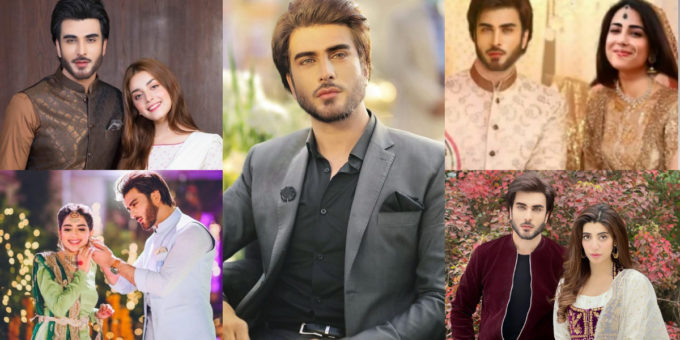 Imran Abbas is a phenomenal actor in Pakistan’s entertainment industry, who has performed in various popular drama serials such as Khuda Aur Mohabbat, Mohabbat Tumse Nafrat Hai, and the recent drama serial Jo Tu Chahey, and many other projects.

Recently fake news of Imran Khan marrying fellow actress Ushna Shah went viral on the internet. Both the actors laughed at the news and the horribly edited wedding picture. The Picture was actually from Muneeb Butt and Aiman Khan’s nikkah event and was photoshopped for a clickbait. 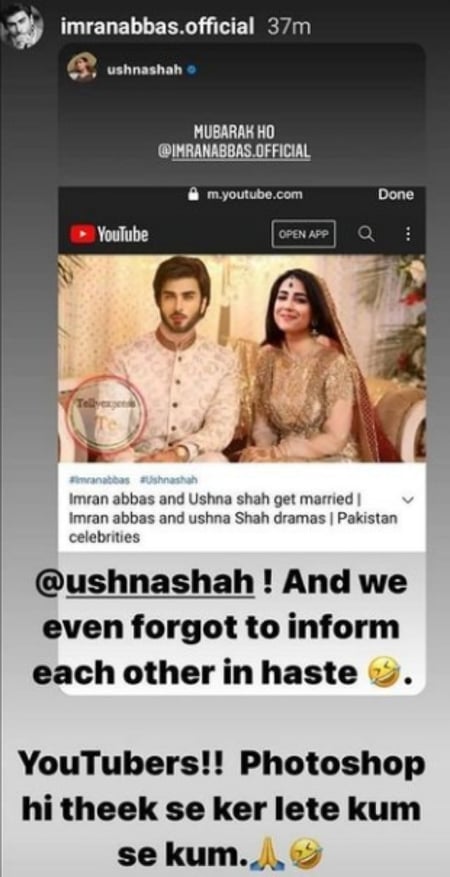 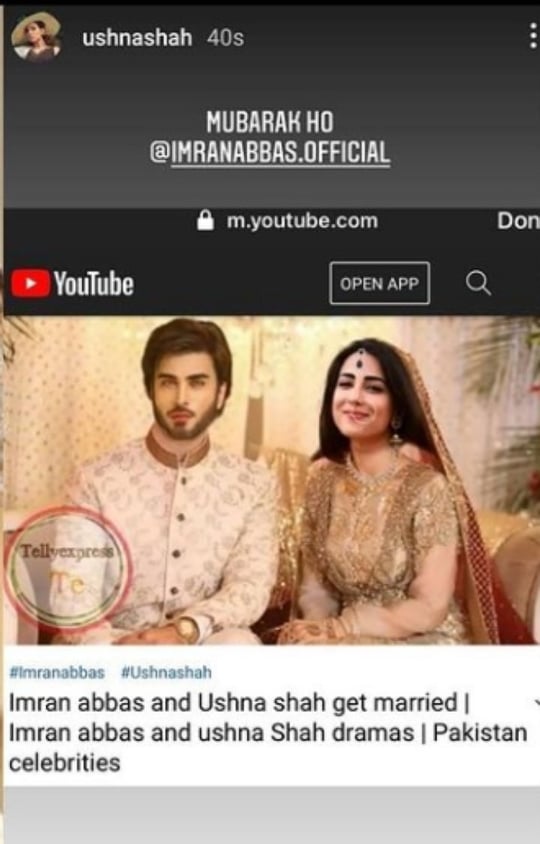 Later on, Imran Abbas took to Facebook and expressed his anger on the bloggers and YouTubers who were continuously posting fake news about his marriage with fellow actresses. Imran posted it with the caption, “After Aleezay Shah, Saboor, Ushna now its Urwa… My Fourth marriage since January 2021… Yaar in bloggers ko koi aur kaam nahi hai kya? (Yaa ye samajhtay hain ke Mujhe koi aur kaam Nahi hai)? ..Can we take action against these bloggers/click baiters??? It’s really shameful to associate any female’s name with her co-actor/friend or vice versa. I would request all of you to at least unsubscribe these YouTube channels, bloggers, or social media pages to let them have the taste of their own medicine.” 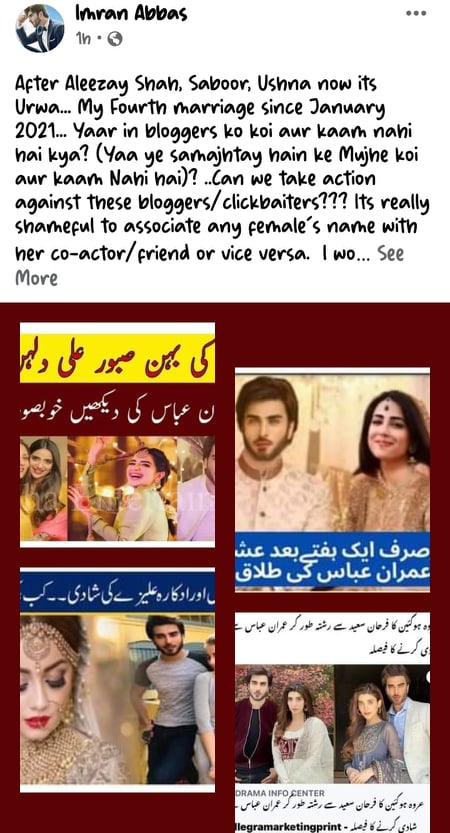 Actor Syed Jibran also commented on Imran’s post and the exchange of comments between the actors was quite hilarious. 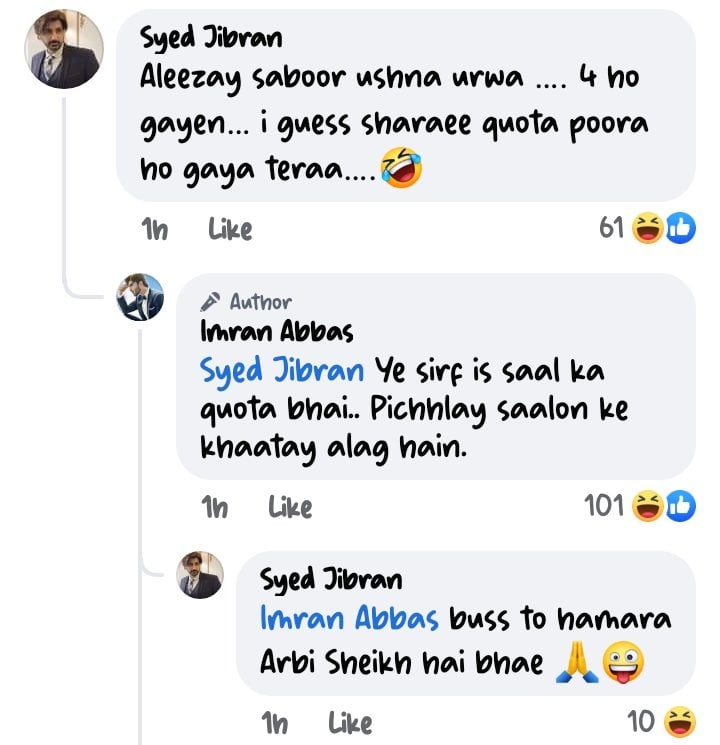 Later on, Ushna Shah also reshared Imran’s post and requested the bloggers to stop posting such baseless news as these links make them feel embraced in front of their family members. 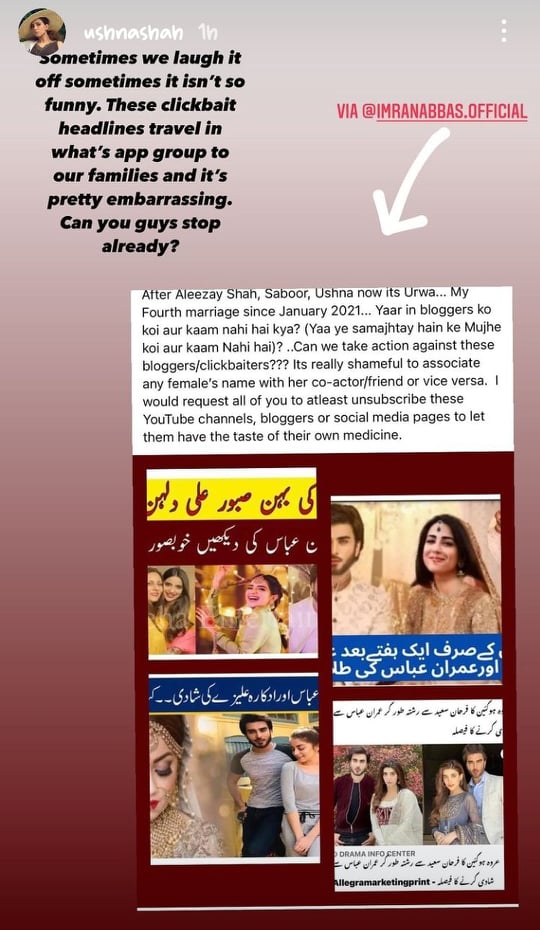 Netizens also responded to his post and they had mixed opinions. Most of them suggested the actor to ignore such baseless content and relax.
Let’s check out some of the comments below. 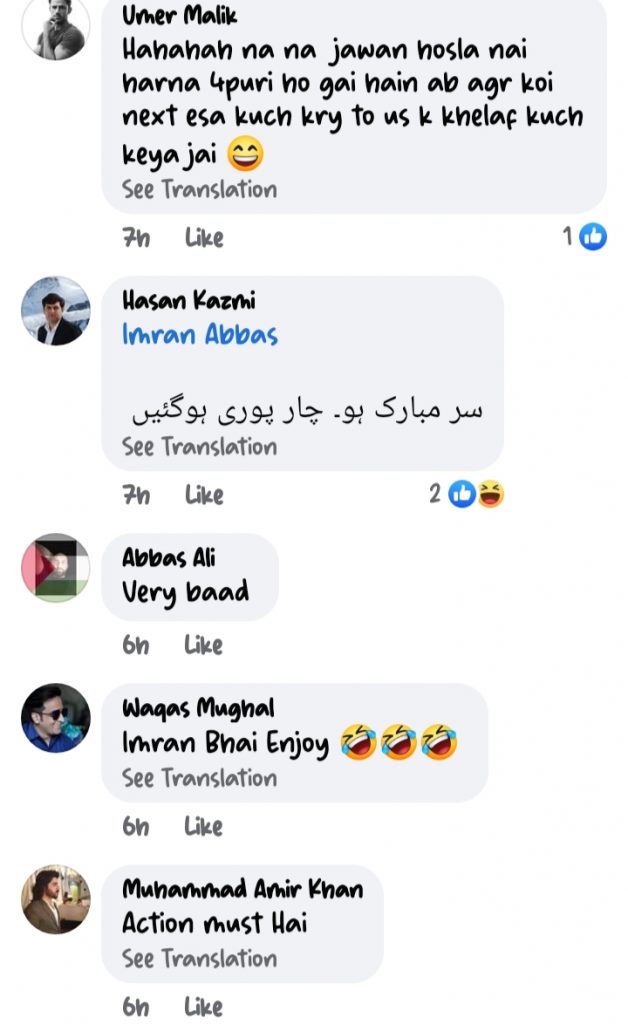 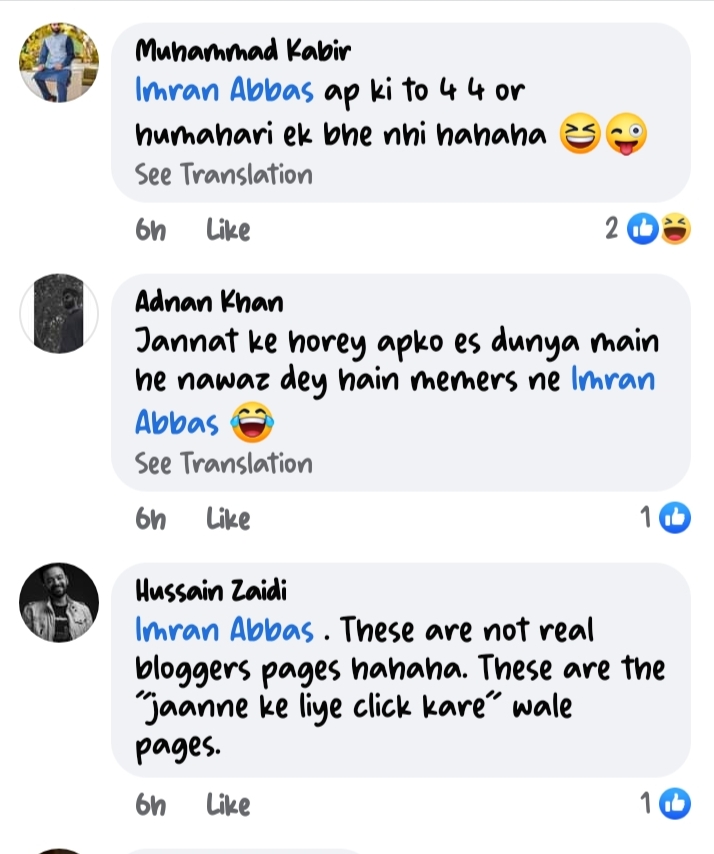 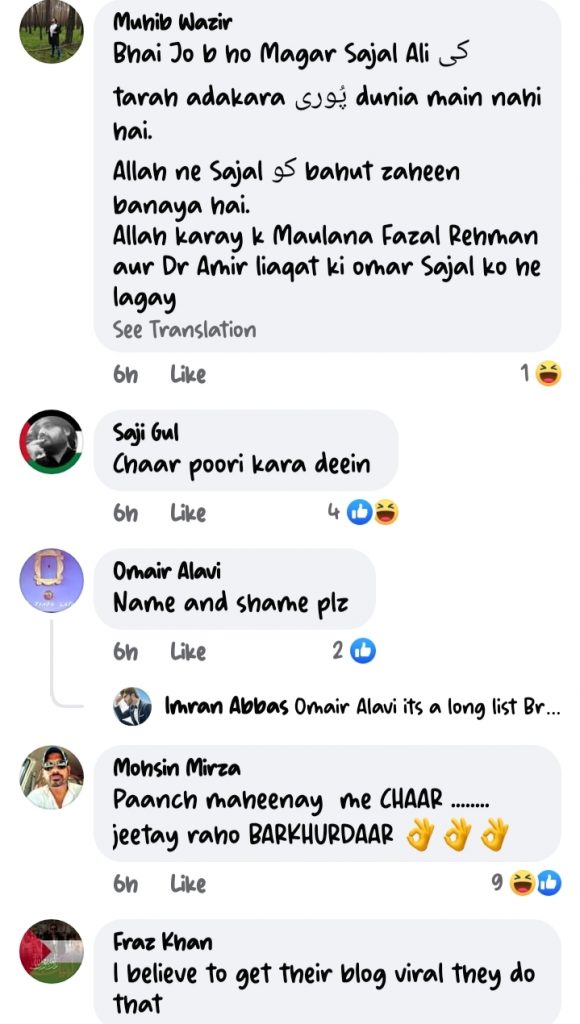 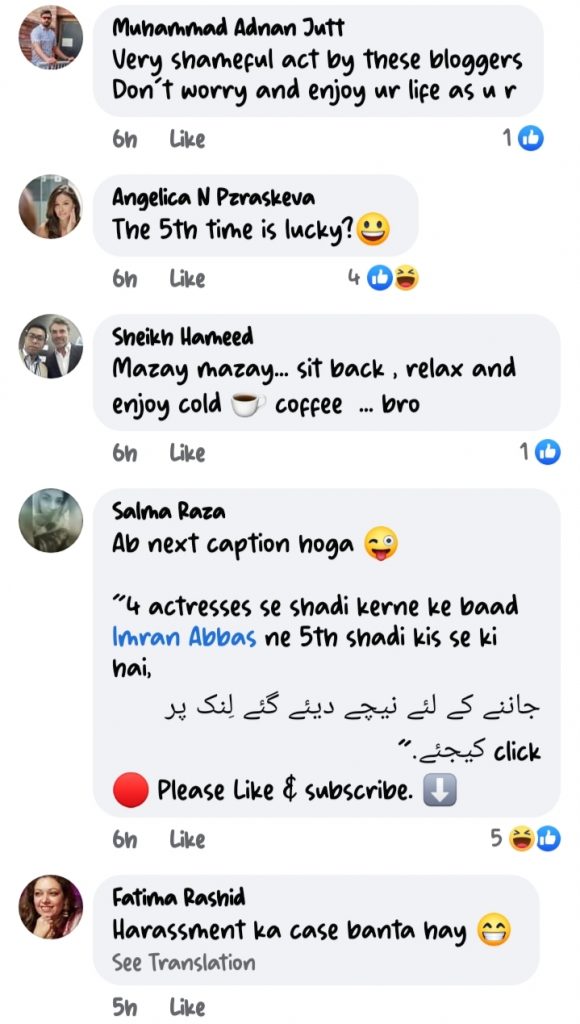 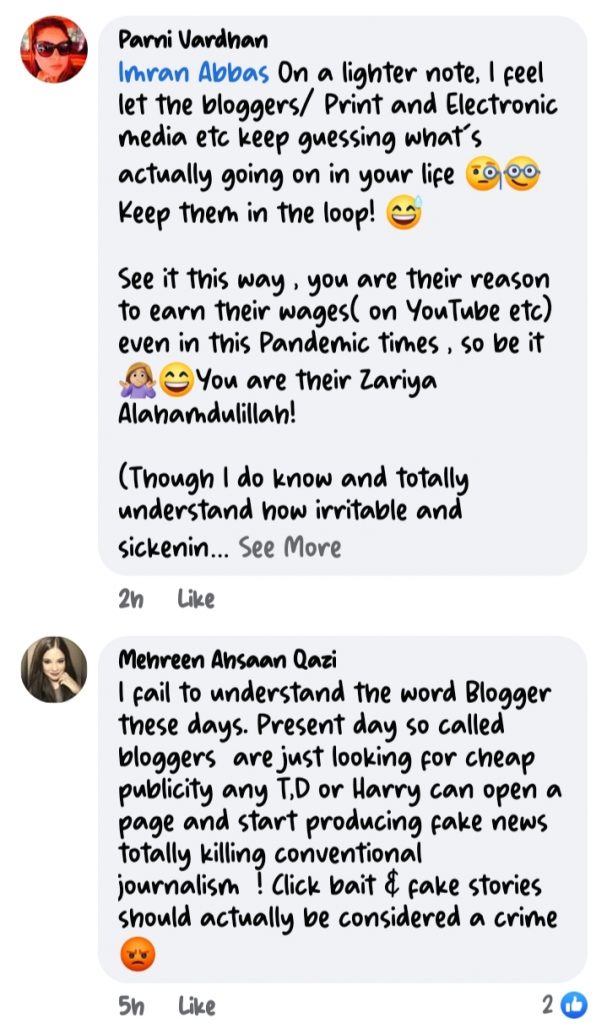 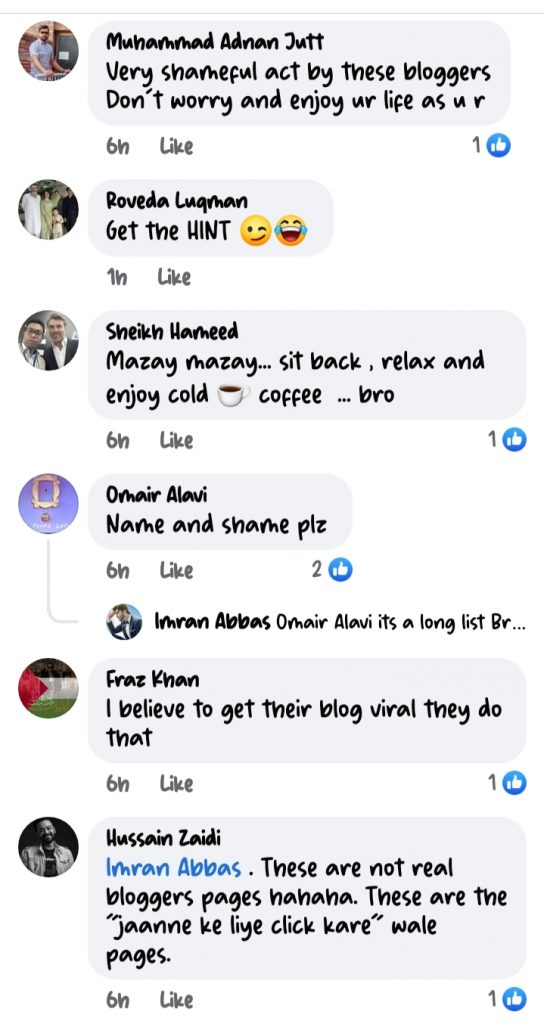 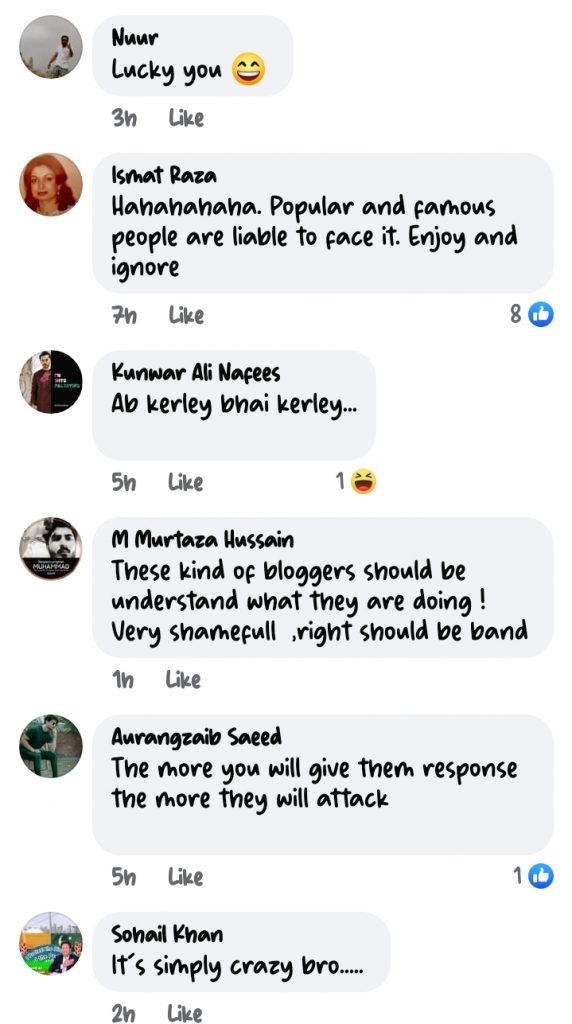