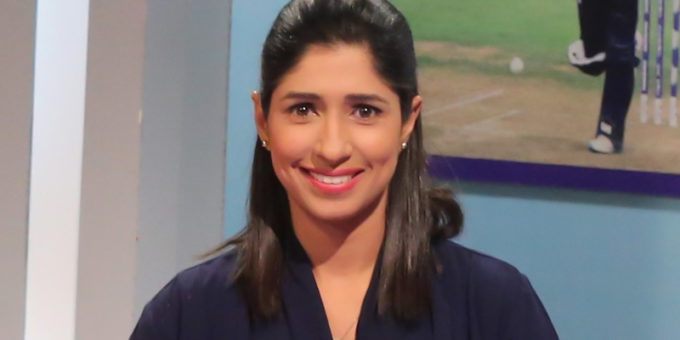 “The Kia Super League and Big Bash League are both private franchises,” the former cricketer told SAMAA Digital at the Adab Fest on Friday. “They’re the ones who pick the players. My message to all female players in Pakistan is that we need to have consistent performances on the international level to automatically get picked,” she said.

“Nida [Dar] came off with an excellent West Indies [home] series and South African series from where she made headlines,” she said. Dar is the first female Pakistani player to sign up for an international cricketing league.

The chief selector added that the Pakistan Cricket Board is in talks to get Pakistani players playing there. “Franchise cricket is more of a commercial private activity for which the players have to repeatedly perform at that level.”

Khan stressed on the fact that quality development is required to get a women’s edition of the Pakistan Super League. “It needs to happen on a domestic level first and highlight the women’s game but the PSL is the platform from where it can happen.”

Speaking about Pakistan’s preparation for the Women’s T20 World Cup in Australia, she said playing in the Land Down Under is a tough job. “It was a good buildup with the series against Bangladesh and England with a competitive domestic tournament taking place later. We also set up a training camp. They will get familiar with the conditions and they have five warmup games.”

She added that they are not expecting good results overnight but are preparing well for the tournament.

A weekend in Shanghai & Hangzhou | Love To Wander #7

How political parties are taking advantage of caste, class and wealth
2019-11-05