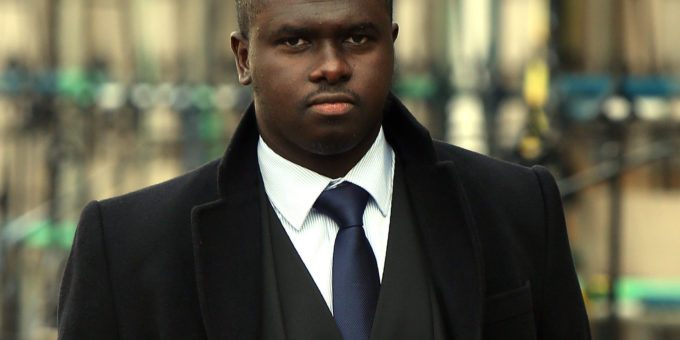 An Imam who was sacked after blowing the whistle on his mosque over financial irregularities has been awarded almost £30,000 by an employment tribunal.

Yahya Barry was unfairly dismissed by officials at Edinburgh Central Mosque after he reported the religious organisation to charity regulator OSCR.

The 37-year-old was concerned that thousands of pounds of payments had been made from petty cash, some with no invoices being received.

The tribunal found that he was victimised and sacked for making the disclosures.

The mosque tried unsuccessfully to appeal the decision and Mr Barry has now been awarded compensation of £24,238 and a payment for injury to feelings of £3,180.

In a written decision on the case, Judge Murdo Macleod said the mosque had not been willing to accept criticism from the imam.

He stated that officials “reacted in an extraordinarily defensive way, instead of looking at the facts”.

The judge added: “This defensiveness was, in our judgment, redolent of an employer that was not prepared to accept criticism and [Mr Barry’s] persistence in raising matters both with the management and with OSCR led directly to the process which led to his dismissal.”

However, things began to go wrong in January 2017 when a new director, Dr Naji Al Arfaj, was appointed and the pair started to clash.

In March that year, an accountant who worked for the mosque contacted Mr Barry and expressed concerns about a “toxic environment” within the mosque.

He told him about an incident where a contractor was paid without issuing an invoice and that this was “wrong under charity law”. He also claimed that at times he was at risk of “sacrificing his personal integrity in the face of what he regarded as financial irregularities”.

Mr Barry then went on to raise a grievance about the financial issues, as well as changes that had been made to his duties at the mosque.

In April, he submitted a whistleblowing form to OSCR, stating that his main concerns related to “financial violations regards payments of contractors using petty cash – by hand without invoices”.

He claimed that, according to the accountant, such payments amounted to around £8000.

OSCR contacted the mosque in June to discuss the concerns.

Meanwhile, separate complaints were made about Mr Barry raising his voice and becoming aggressive in meetings at the mosque.

He was called to a disciplinary hearing to face allegations of calling Dr Naji a liar and behaving in an aggressive and intimidating manner.

The imam accepted that on one occasion he “momentarily lost his cool” but denied being aggressive or hostile. However, the mosque decided to dismiss him the following month.

The tribunal found that the mosque was wrong to assert a pattern of hostile behaviour.

It also ruled that Mr Barry was victimised for making the disclosures and had been unfairly disciplined and dismissed as a result.

He was also victimised by being left out of a visit by the Secretary General of the Muslim World League to the mosque – a situation which he claimed was “humiliating”.

Judge Macleod said: “The respondent was clearly unhappy at any form of criticism from the claimant, and resisted in particular his suggestion that it was not correct to say that the Mosque was £22,000 overdrawn when the director took over.

“They reacted to that in an extraordinarily defensive way, in our judgment, instead of looking at the facts to determine whether or not the claimant had a point.”

Since leaving the mosque Mr Barry has set up his own Madrassah and has completed a PhD at Edinburgh University.

He has been on universal credit as he has been unable to find permanent work.

However, he is hopeful that he will take up a post as lecturer of Islamic Studies at the Universiti Brunei Darussalam later this year.

Keystone XL is dead, and Albertans are on the hook for $1.3B

Maheen Ghani Calls Out Fahad Mustafa For Having Double Standards