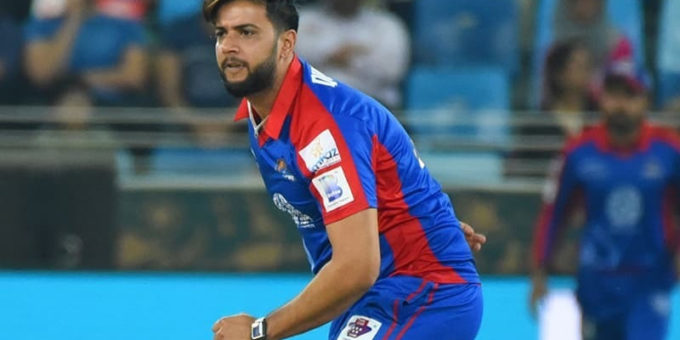 Karachi Kings captain
Imad Wasim has heaped praise on bowlers after his side registered a marginal
seven-run victory over Lahore Qalandars in the match 27 of the Pakistan Super
League (PSL) 2021 on Thursday.

In a crucial game, the defending champions held their nerve
to defend 177-run target and kept their hopes alive of securing a spot in the
playoffs.

While talking in a video released by the Pakistan Cricket
Board (PCB), Wasim stated that defending such a total will give confidence to
the players going in their last match.

“We bowled well and the credit goes to the bowlers,” he
said. “We lacked intensity in previous games but I think winning while
defending this kind of total on such a pitch will give us confidence going
forward. Therefore, I believe it is a good victory for us.”

Imad further went on to express satisfaction over his
performance after scoring a crucial 30 off 19 balls and later claimed the
prized wicket of Fakhar Zaman.

“I had to put my hand up and perform for the team,” he said.
“It was a crucial moment for us in the competition. I tried my best and put in
a lot of effort in the match.”

The 32-year-old also praised pacer Mohammad Amir for bowling
an excellent 19th over where he conceded just seven runs despite being hit for
a six.

“I think he is a world-class bowler,” he said. “He has done
it before and the way he bowled the 19th over was amazing. I knew he is the
best bowler in our side. He did not have good three to four games but I had
confidence in him to deliver at the big stage.”

‘Black Widow’ has moved away from hyper-sexualisation: Scarlett