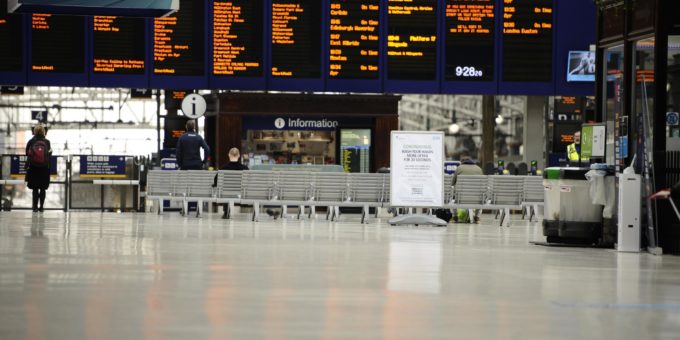 A chef stated he had coronavirus and spat in a police van at the height of the pandemic.

Ouseph Alphonse, 41, made the sick remarks at Glasgow Central railway station on April 4, 2020.

Alphonse stated he had just recovered from coronavirus before blaming Muslims for creating the disease.

He pleaded guilty at Glasgow Sheriff Court to behaving in a threatening or abusive manner.

The court heard Alphonse was stopped by police as he was in the station and refused to buy a ticket.

Officers tried to speak to Alphonse who stated: “I don’t have a f***ing place to stay and I’m coronavirus positive, f*** off.”

Alphonse continued to shout and swear before again repeating that he had coronavirus.

“The document stated he had attended Glasgow Royal Infirmary on March 18 and was diagnosed with coronavirus before being released on March 27 with medication and guidance to self-isolate.”

An Asian officer then attempted to speak to Alphonse in the Hindi language.

The officer believed this to be racist towards his culture and Alphonse refused to desist.

He was charged for the offence and replied: “F*** off.”

Alphonse spat in the police van before stating: “I’m going to spit on you f***ing idiots.”

The hearing was Alphonse was later released on bail ordering him to remain in his home between 7pm and 7am.

He was caught wandering the city’s Springburn after 5am by officers and he was arrested.

The lawyer added: “He came from a region in India where he was discriminated against for being Christian.

“He is very apologetic for his behaviour and he is well aware of the consequences of his actions.

“He was an Italian chef working for 10 years in Israel.”

Sentence was deferred until next month for background reports by Sheriff Paul Crozier.

He said: “You pled guilty to serious charges.

“I’m persuaded that bail should be continued meantime but you should be well aware that all options are open to the court when you come back for sentence.”