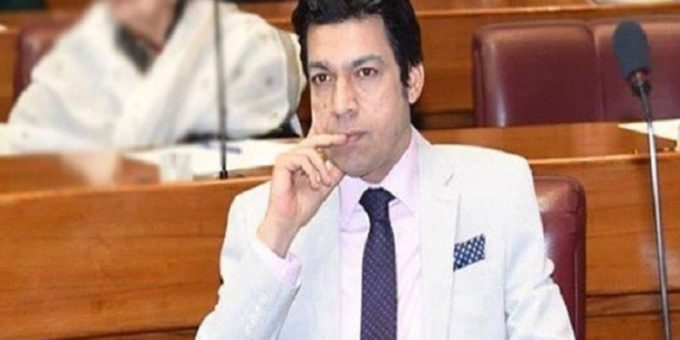 The Islamabad High Court (IHC) on Friday rejected PTI Senator Faisal Vawda’s appeal to stay proceedings of the disqualification case against him in the Election Commission of Pakistan (ECP).

Vawda had filed the petition on Thursday against the decision of the ECP dated October 12 through which his application to stop the proceedings regarding his disqualification case was rejected. He had adopted the stance that the case against him in the ECP had become invalid as the body could not make a decision within the prescribed time limit.

During today’s hearing, Vawda’s counsel, Hasnain Ali Chauhan, argued that the ECP had to decide the application against the senator within 60 days of him being elected and thus the petition against Vawda was overdue and should be declared invalid.

“According to which law are you saying this?” asked IHC Chief Justice Athar Minallah, who was presiding over the hearing. The counsel responded that the ECP was bound to make a decision within 60 days according to the Elections Act, 2017.

The judge noted that an application had been filed against Vawda within 60 days and called upon the senator to prove his innocence and let the ECP take action in accordance with the law if he was in the clear.

“What are you afraid of? Let the Election Commission hear the case. Do you want the court to decide the [original] petition?” Justice Minallah asked.

He further inquired whether the issue was not challenged in 60 days and how many times the ECP was requested to adjourn the hearing.

“Did you submit a response in the ECP?” the judge asked Vawda’s counsel.

A citizen, Dost Ali, had filed an application in the ECP against Vawda, seeking his disqualification over hiding information pertaining to his dual nationality. The petition was filed in 2020 challenging his election as a member of the National Assembly on account of the fact that when Vawda filed his nomination papers for contesting the elections he held dual nationality as he was a US citizen as well.

The petition stated that since Vawda had furnished an affidavit to the ECP to the effect that he was not a national of any other country at the time of contesting the elections, he had made a false statement on oath, hence he was disqualified under Article 62 (1)(f) of the Constitution.

From Movie Marathons To Quizzes, How People Celebrate Children’s Day