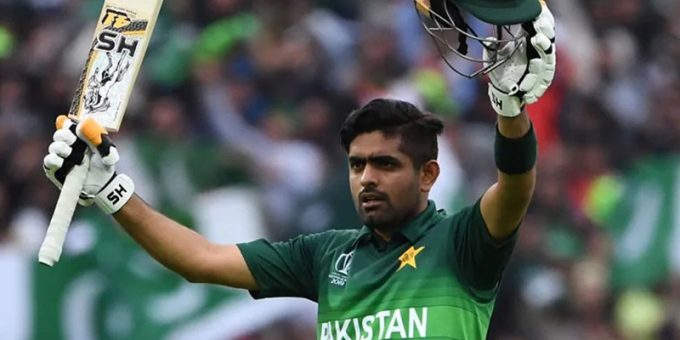 The prolific batsman achieved this feat after notching 228
runs during the recently concluded three-match ODI series against South Africa.

At the start of the series, Babar was 20 points behind India’s captain, who, at that time was leading the chart with 857 points.

The Pakistan captain has overtaken Virat Kohli to become the No.1 batsman in the latest @MRFWorldwide ICC men’s ODI rankings 👑 pic.twitter.com/krxoKRDsSY

In the updated rankings, Babar leads that chart with 865 points.

The 26-year-old has been in fine form with the bat in the
50-over format.

He has scored four centuries in his last 10 innings in the
50-over format, taking his tally of tons to 13.