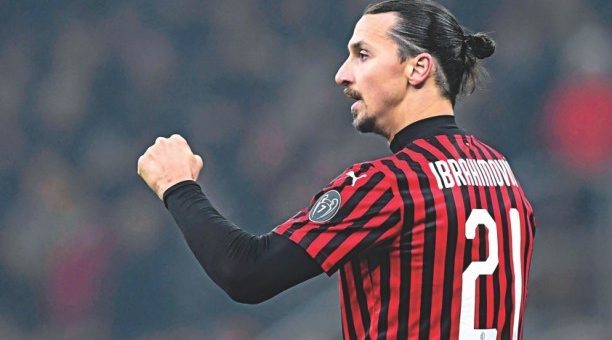 Veteran forward Zlatan Ibrahimovic scored twice in the first half to give AC Milan a 2-1 win at 10-man Sassuolo on Tuesday as they remained unbeaten since the restart of the season and guaranteed a place in the Europa League.

The 38-year-old Swede got in front of his marker to head in from Hakan Calhanoglu’s cross in the 19th minute and latched on to a through ball before rounding Andrea Consigli to add the second in first-half injury time.

In between, Francesco Caputo equalised from a penalty for Sassuolo, who had Mehdi Bourabia sent off in first-half stoppage time.

Milan moved up to fifth with 59 points, enough to guarantee them at least a place in the Europa League qualifying rounds next season.

What happens when pandemic locks down a globe-trotting Pope?
2020-08-30

Peppa Pig introduces a new character who uses a wheelchair!
2019-04-24