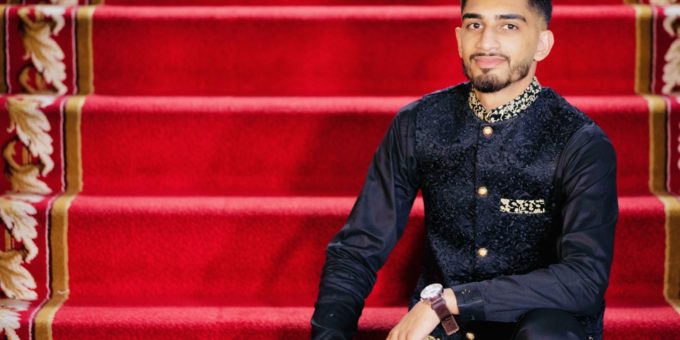 A 23-year-old Nasheed artist who has racked up millions of views online has spoken of how he is inspired by charitable and social causes.

Hamzah Khan who hails from Luton first began reciting Nasheeds/Naats (Faith Inspired poems and songs) when he was just six. Hamzah said his family were very encouraging and actively helping him pursue a career in the arts.

He said: “I went from reciting in mosques and small gathering in Luton to performing internationally.”

Once Hamzah began further education at the university of Bedfordshire, his career excelled and he went on to graduate in Business Information Systems. His nasheeds gained popularity with a growing fan base with people of all ages.

He then went on to embark on his first international tour of Pakistan in January 2020.

He said: “With the help of family and fans I have gone on to release many more singles and YouTube releases which have acquired millions of views.

“Fans are always very excited and are always asking for new singles and albums. The growing audience and wonderful response from ordinary members of the public has just made me love what I am doing even more and has allowed me to work harder.

Hamzah is also very popular within the cricketing community in Bedfordshire, having represented his county Bedfordshire County Cricket and Lutonians Cricket Club as an off spinning all-rounder, “I was very much interested in taking up cricket as a profession from a young age but instead took off with his singing career.

“I am also releasing a clothing line under the name of Hamzah Khan London selling premium quality Asian couture.”

Hamzah says he has also been give back to the communities who have helped shaped his career.

“I have been out to deployments in Rohingya, Gaza and Pakistan. Alongside doing charity work for local communities and food banks for the people struggling in the local areas alongside the homeless.

“The issue of Palestine is very important to me and I have been to Jerusalem and Masjid Al Aqsa twice. The Masjid Al Aqsa is the third most holiest place on earth for Muslims and above that oppression should not happen to any person whoever it might be. I want to stand up with what is right and making sure them innocent voices are heard.”

Ghana Ali Loves Her Husband The Way He Is