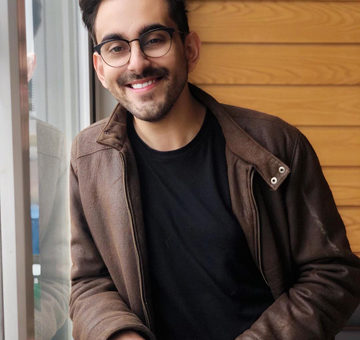 “Bachana” famed singer and content creator Bilal Khan looks forward to using TikTok again in Pakistan and believes that the platform is both educational and entertaining.

According to him, it is a great platform for content creators, “I hope we can begin using TikTok again in Pakistan soon. Not only is it entertaining and educational for the audience, but it has really brought out a lot of creativity in content creators” says Bilal.

It is pertinent to mention here that before the short-video app was banned in the country, it had been working in collaboration with the Ministry of National Health Services Regulations and Coordination on an awareness campaign regarding the Covid-19 pandemic.

Bilal is one of the many musicians who participated in ‘TikTokGaGa’ and made duet music videos, covering both his and others’ hit songs. TikTokGaga was a global campaign that showcased singing talent from all over the world including Pakistan, generating more than 4.3bn views. Bilal Khan has won the fans over across the globe by singing songs on request, giving shout outs to the extremely talented upcoming artists, and appreciating duet attempts in the comments section.

He has also used the platform to release two new songs on the platform, both of which ended up on TikTok Pakistan’s Top 3 trending list before the app was banned. Both songs, Marjawan and Kese Bhool Sakta Hoon received wide praise on the platform. He has also been using his TikTok channel to market his brand, BK.