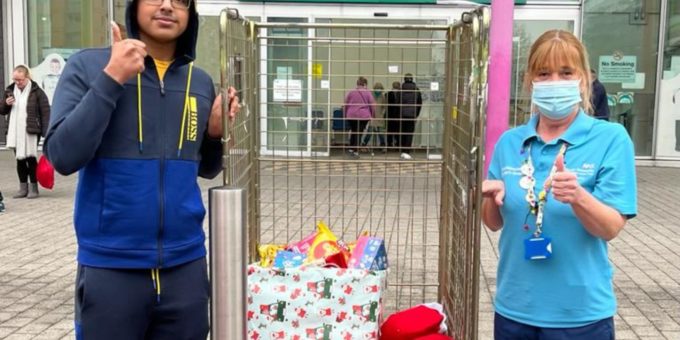 A 16-YEAR-OLD boy who dedicates his time to volunteering despite battling leukaemia has been recognised in the Queen’s Honours list for his work during the pandemic.

Sahil Usman,has been awarded a British Empire Medal for his work putting together hampers for the elderly and vulnerable in March 2020, despite him being classified as ‘highly vulnerable’ due to a leukaemia diagnosis in 2018.

Sahil was first recognised for his efforts when he won a Fusion Award back in 2019.

Sahil said: “I just feel really proud. We have been told that Boris Johnson gave my name to the Queen and it’s amazing to think they have seen the work I have done.

“I’m very proud to come from the North and I feel that this has made Lancashire proud.

“I love the diversity that the Queen’s Honours list includes.

“I want to say thank you to Boris Johnson for putting my name forward.”

Sahil said he was ‘made sick’ by the panic buying in advance of the first lockdown which saw supermarkets across the country left with empty shelves, inspiring him to put together the hampers.

He has also delivered Christmas presents for children who spent the festive season in hospital, including at Royal Blackburn Hospital, as well as many other hospitals across the North West.

During the pandemic, he was told to stay at home earlier than the rest of his class due to his increased vulnerability to the virus.

He has since taken his GCSEs and passed them with flying colours, allowing him to start his A-levels in September.

Sahil has been recognised with a number of accolades including the Lancashire Telegraph Community Heroes award as ‘Young Person of the year’, the (Princess) Diana Award, and was also presented with the High Sheriff of Lancashire’s Young Citizen of the Year 2020.

He used his £500 of winnings from the High Sheriff award to pay for the presents he delivered to the hospitals in 2020.

Cleaning Out Your Fridge Before Re-Stocking? Here Are Some Recipe Ideas
2021-11-08