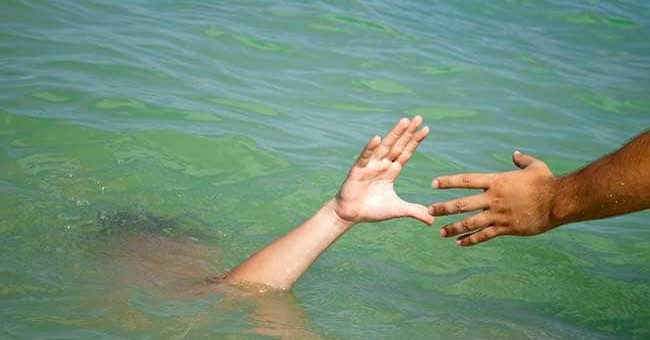 Shiva said he saved 107 lives by directly jumping into the water body and bringing them out.

When Shiva was 12, his brother Mahendra died of accidental drowning in Hyderabad’s Asmanpet lake. The incident had a huge impact on his psyche and gave him a mission in life.

Shiva resolved to save people from dying because of drowning and started working as a lifeguard.

“Mahendra was the only one I had, the one whom I could call family. I don’t want anyone else to go through the pain I once felt,” said Shiva.

“I used to live in an orphanage with my brother. When he drowned, I went to recover his dead body from Asmanpet lake and decided to live around Tank Bund. I started rescuing people who tried to commit suicide by jumping into the water,” he added.

Shiva also helps the police in recovering dead bodies from lakes. He has been promised a home guard job which he is yet to receive.

“Till now I have saved 107 lives by directly jumping into the water body and bringing them out,” he told news agency ANI.

Shiva works without any safety gears and says that he will be able to work better if he had safety equipment with him.

On one occasion, a rod pierced into his chest and shoulder when he was saving a drowning woman. “I have been infected several times due to the water in Tank Bund lake,” he said.

“Shiva has always helped us in retrieving bodies from the lakes. No one has ever come forward to help us except him,” police officer Viswa Prasad told news agency ANI.

He also wrote a letter to the Director of Telangana Social Welfare Educational Institution Society Praveen Kumar, asking him to admit Shiva’s children in school.

“Government should come forward to help him. We are also going to approach Hyderabad Collector to help him in any manner possible,” the officer added.

(With Inputs From ANI)

A Million Years of Data Confirms: Monsoons Are Likely to Get Worse
2021-06-04