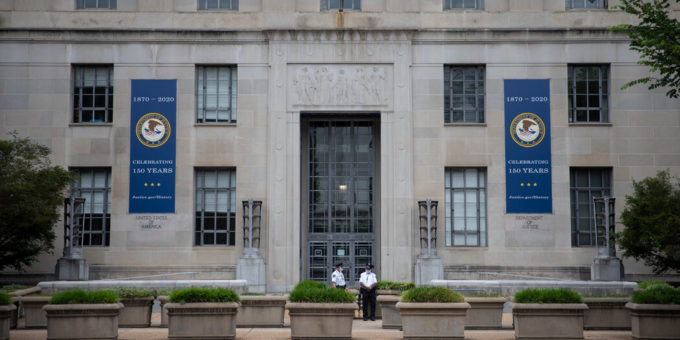 With Mr. Benvenuto involved in the leak inquiries, the F.B.I. questioned Michael Bahar, a former House Intelligence Committee staff member who had gone into private practice in May 2017. The interview, conducted in late spring of 2020, did not yield evidence that led to charges.

Prosecutors also redoubled efforts to find out who had leaked material related to Michael T. Flynn, Mr. Trump’s first national security adviser. Details about conversations he had in late 2016 with the Russian ambassador at the time, Sergey I. Kislyak, appeared in news reports in early 2017 and eventually helped prompt both his ouster and federal charges against him. The discussions had also been considered highly classified because the F.B.I. had used a court-authorized secret wiretap of Mr. Kislyak to monitor them.

But John Ratcliffe, the director of national intelligence and close ally of Mr. Trump’s, seemed to damage the leak inquiry in May 2020, when he declassified transcripts of the calls. The authorized disclosure would have made it more difficult for prosecutors to argue that the news stories had hurt national security.

Separately, one of the prosecutors whom Mr. Barr had directed to re-examine the F.B.I.’s criminal case against Mr. Flynn interviewed at least one law enforcement official in the leak investigation after the transcripts were declassified, a move that a person familiar with the matter labeled politically fraught.

The biweekly updates on the leak investigations between top officials continued. Julie Edelstein, the deputy chief of counterintelligence and export control, and Matt Blue, the head of the department’s counterterrorism section, briefed John C. Demers, the head of the National Security Division, and Seth DuCharme, an official in the deputy attorney general’s office, on their progress. Mr. Benvenuto was involved in briefings with Mr. Barr.

Mr. Demers, Ms. Edelstein, Mr. Blue and Mr. Benvenuto are still at the Justice Department. Their continued presence and leadership roles would seem to ensure that Mr. Biden’s appointees, including Attorney General Merrick B. Garland, would have a full understanding of the investigations.

Sunflower and Sherni actor Mukul Chadda: I want people to notice my performance