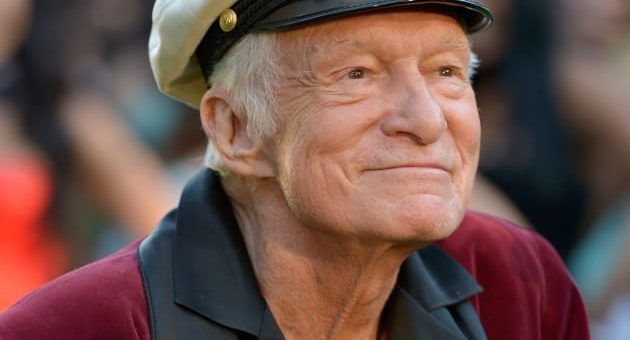 For decades, Hugh Hefner was the living embodiment of a certain type of American masculinity.


Beginning in the “swinging” Sixties, Hefner and his Playboy brand were the ultimate symbols of class, sophistication, and of course, promiscuous sex.


In the years since his death, however, Hefner’s public image has undergone a dramatic re-evaluation.


Numerous women, including several of Hefner’s ex-wives, have come forward with accounts of the sexual and psychological abuse they allegedly suffered at the hands of the iconic magazine mogul.


Just last month, Holly Madison, one of Hefner’s many former wives claimed that he pushed drugs and forced women to have sex against their will.


Now, an A&E documentary promises to lay waste to whatever might remain of Hefner’s reputation.


In the 10-part series, which is set to debut on January 24, numerous women who worked and lived with Hefner share accounts of the appalling behavior they witnessed during their years in the Playboy Mansion.


“It was cult-like. The women had been groomed and led to believe they were part of this family,” says Miki Garcia, former director of Playmate promotions


“He (Hefner) really did believe he owned these women,” she continues.


“We had Playmates that overdosed, that committed suicide.”


“The group sex was at least five nights a week. They had a protocol. He liked to direct and you didn’t segue away from it because you could tell it irritated him,” says Sondra Theodore, a former model and actress who dated Hefner in the late 1970s and ’80s.


Theodore recalls that Hefner was a daily drug user who often sent her on missions to score cocaine for his wild parties.


“It just got ugly, I felt like I was a ringmaster, I had to put on the same show on every night,” she recalls.


“I watched girl after girl show up, fresh faced, adorable and their beauty just washed away. We were nothing to him,” Theodore says.


“He was like a vampire. He sucked the life out of these girls for decades.”


Madison recalls similar experiences with Hefner over the course of their years together.


She says her future husband offered her a Quaalude when they first met and informed her that the sedatives were known as “thigh openers” in the 1970s.


It wasn’t long, Madison says, before she was coerced into a succession of group sex scenarios.


“It was all very mechanical and robotic and you’d follow the other women’s lead. It was really gross to me how Hef didn’t want to use protection,” Madison says.


“I was afraid to leave. Something always lingering at the back of my mind since the very beginning.”


Madison says she was hesitant to leave in part for fear of what sort of revenge Hefner might exact.


Theodore says Hefner’s sexual proclivities ran toward the criminal end of the spectrum in numerous ways.


“I walked in once and he was’ [gestures with hand] ‘to our dog,” she says of one encounter with the mogul.


“I said what are you doing? He said dogs have needs. I said stop that! I never let him be alone with our dog again.”


“All the guys were laughing when she got out of the limousine. She was drunk and drugged,” she claimed.


“All of a sudden out of nowhere a German Shepherd shows up. They got her so messed up they made her give the German shepherd oral sex,” Masten continues.


“You want to talk about depravity? This is despicable!”


Needless to say, this is not sort of behavior that made Hefner one of the most admired and envied men in America.


And it seems unlikely that his legacy will endure for future generations.

‘Get Out of My Country’: Photography exhibition focuses on Islamophobia
2019-06-05