Breaking News
2022-01-20 Upcoming Pakistani Films to Release in 2022 2022-01-20 Grindr user who forced men to pay him after sex is jailed for five years 2022-01-20 Hedley frontman Jacob Hoggard’s sex assault trial to begin in May 2022-01-20 SRK and Leonardo DiCaprio next together on screen? 2022-01-20 First clinical-grade transplant of gene-edited pig kidneys into brain-dead human — ScienceDaily 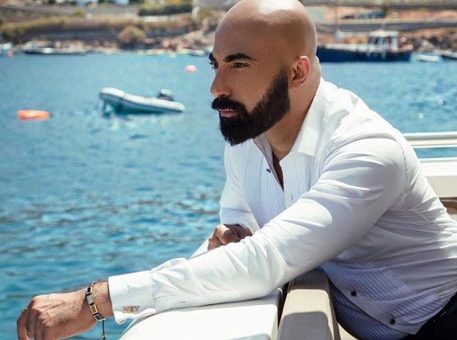 If there is one person who aims for the stars, aspires towards greatness and actually reaches those lofty heights, it’s Hassan Sheheryar Yasin AKA HSY.

With numerous accolades already under his belt, the icon has attained a pretty impressive list of accomplishments and not just through his designs and charismatic hosting. Having had quite the year, the superstar has achieved numerous feats through his incredible endeavours in a multitude of areas within the industry and has amazed the world of performance arts through his brilliant acting in the hit drama serial Pehli Si Mohabbat. As a man with a touch of gold, he sure knows how to keep an audience entertained.

From receiving heaps of praise for his character Akram in PSM, earning the title as Pride of Pakistan, giving another powerful motivational talk on the TEDx stage to creating his own fragrance line with Conatural, starting his own event management company, and creating garments for one of Pakistan’s most famous weddings, HSY does it all and then some!

As one of the greatest showmen in our industry today, HSY has truly made his mark as a performer, actor and entertainer. ‘Akram’ in Pehli Si Mohabbat had viewers astonished as the superstar’s acting was superb beyond our imagination. People were so in love with this character that they’ve been asking for more ever since. Although the drama has already ended, the impact of his character still lasts in the hearts of all fans. Furthermore, HSY has always been one to support the one place we all call home, Pakistan. Preserving its culture and tradition in every way, he takes pride in everything from our land and makes it known to everyone as his current studio is also made from all Pakistani materials. Where others choose to follow the path of the west, he makes his mark as the prince of the east as earlier this year he was selected to be on a very distinguished list of people as the Pride of Pakistan for all of his incredible work in the industry. If that’s not enough for a marker of an icon, who could forget HSY’s inspirational talk on innovation through authenticity on the TEDxSaddarRoad stage where he conveyed the most heartfelt speech on staying true to yourself. He spoke on the power of listening to your own voice before anyone else’s and it was truly amazing!

HSY, who is known for creating the most fabulous eastern designs, also recently launched one of his biggest campaigns on the Island of Mykonos, taking Pakistani talent to international shores through his brilliant fragrance line. If that isn’t enough, the superstar is also the official ambassador of NOWPDP which is a leading disability organization in Pakistan that believes in the power of inclusion of persons with disabilities. He has also created his own event management company called HSY Productions. HSY’s work has proven to thrive beyond borders as he gained recognition from international talents such as Grammy, Tony and Emmy award winner Billy Porter for his achievements throughout the year. Most recently, his designs were also worn by a bride in America, and shortly after, he designed a brilliant ensemble for Junaid Safdar whose wedding went viral in December 2021.

It is clear that nothing is stopping this superstar from achieving greatness and we love seeing his work through all walks of the industry. We adore seeing someone with so much heart accomplish so much, one achievement after the other and just can’t wait to see what he does next in 2022!