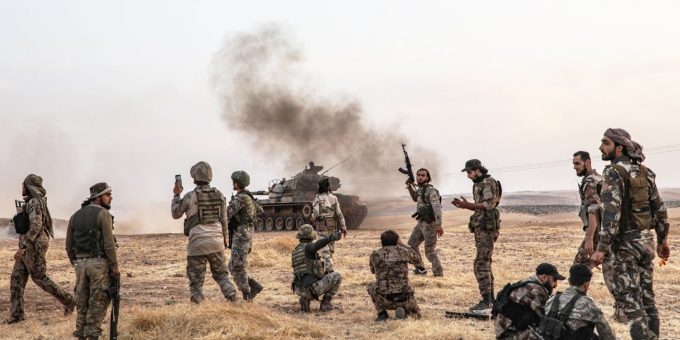 CAIRO: An Egyptian military court on Wednesday condemned a high-profile militant, Hisham Ashmawy, to death by hanging over his alleged involvement in terror attacks, the army said.

Ashmawy was convicted for his role in 14 “crimes” including a deadly firefight with police in Egypt’s Western Desert in October 2017, an army spokesman said. The verdict is subject to appeal before a military court, a judicial source told AFP.

Ashmawy was initially sentenced to death in absentia in 2017 over an ambush in which gunmen killed 22 soldiers at a checkpoint near the porous border with Libya in 2014.

The court ruled on Wednesday that Ashmawy was also “involved in the tracking, planning and filming of the security detail for then-Interior Minister Mohamed Ibrahim on Sept. 5, 2013,” the spokesman said in a statement.

Ibrahim survived a suicide car bombing near his Cairo home but some 20 policemen and civilians were wounded.

Dubbed Egypt’s “most wanted man” by local media, Ashmawy was returned to Cairo in May after his capture last year by forces of Libyan military strongman Khalifa Haftar in the city of Derna, eastern Libya.

Egypt’s President Abdel Fattah El-Sisi had asked for the militant to be handed over. “We want him to serve time in prison,” he said.

A former special forces officer, Ashmawy was dismissed in 2012 over his religious views. He joined Ansar Beit Al-Maqdis based in the restive Sinai of eastern Egypt but broke off after the group pledged allegiance to Daesh in November 2014.

Known by his nom de guerre “Abu Omar Al-MuHajjir,” Ashmawy announced the formation of Al-Mourabitoun in Libya, in July 2015.

Egypt has for years been fighting an insurgency in North Sinai that escalated after the military’s 2013 ouster of President Muhammed Mursi following mass protests.

In February 2018, the army and police launched a nationwide operation against militants focused on North Sinai.