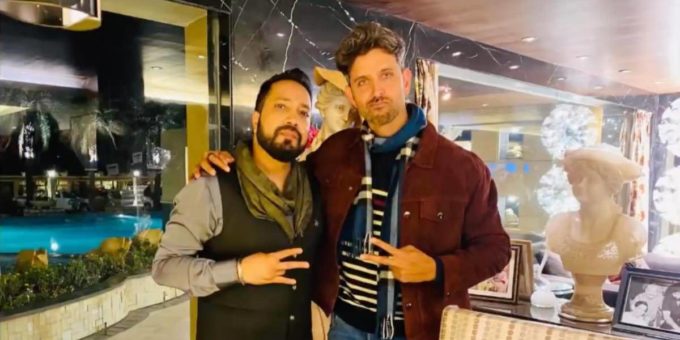 Much to the joy of fans, the actor sang “Ek Pal Ka Jeena” with Mika Singh at a New Year’s party in 2021. Mika had shared the video with the caption, “Had a wonderful party with bro @hrithikroshan @itszayedkhan @karanbawa and @rakesh_roshan9. Thank you Kuku Bawa Saab and @rakesh_roshan9 for throwing such an amazing party. Wishing you all a Happy New Year. May God bless you with the best of health and happiness. Goodbye 2020, Welcome 2021!” Sharing another picture of himself and Hrithik, Mika wrote, “Bringing in the New year with my bro @hrithikroshan.”

Hrithik Roshan also performed the steps of “Ek Pal Ka Jeena”, much to the joy of fans.

Hrithik celebrated his 48th birthday on January 10. Thanking colleagues, friends and fans for their wishes, the actor tweeted, “My heart is full of all the love & warmth that I’ve received. The phone calls, messages, online posts and gestures have me overwhelmed. I THANK YOU ALL from the bottom of my heart. Here’s to another spin around the Sun, together. My prayers for the health & safety of all you beautiful people. Stay blessed ❤.”

Hrithik Roshan was last seen in the film War. He has Vikram Vedha, Krrish 4 and Fighter in the pipeline.

Kitchen Hack: How To Remove Pomegranate Seeds Without Making A Mess (Tutorial Video Inside)
2022-01-14