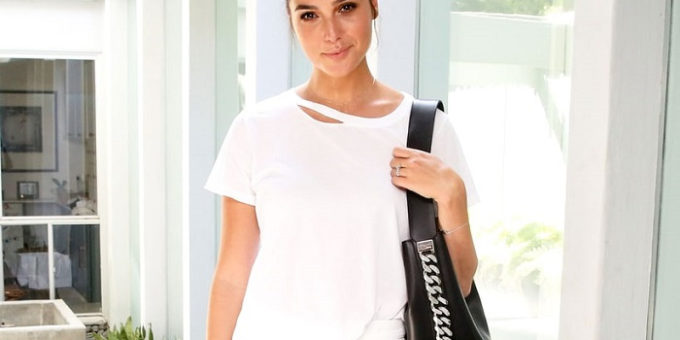 There are some classic garments which remain a wardrobe staple for years. These pieces are versatile, take you a long way in terms of style and can be dressed up or down depending on your mood. One such garment is the classic white shirt. Every girl should have a crisp white button-down in the closet as it serves as the perfect piece of clothing to wear for a number of occasions. A white shirt can be dressed up with a piece of statement jewellerty, or dressed down with some simple earrings for a casual day out.

Whatever your style may be, having a classic white button-down in your closet will definitely take you a long way. If you’re wondering how a white shirt can be styled in an array of ways, then we show you just how. Our fashion radar is at an all-time high as we browse the latest trends, new celebrity looks and how we can help you up the style quotient. With that being said, we look at three Bollywood divas who sported a white shirt this week gone by.

There’s very seldom a time when Kareena Kapoor doesn’t look good and she always knows how to create a look that will make a statement. In one of her latest looks, the Jab We Met Actress is giving us a serious case of nostalgia and taking us back to the 90’s. She was recently spotted outside a café where she was sporting a casual look but looked ever so chic while she rocked the look. Her look is proof that you can still don a pair of camouflage pants from the 90’s. Kareena Kapoor’s latest look featured a pair of camouflage pants which she teamed with a crisp oversized white shirt.

The Jab We Met actress rounded off the outfit with a pair of green heels and looked oh so effortless, even in her most casual attire. Kareena Kapoor had her hair tied back in a casual ponytail and rounded off her look with a pair of sunnies and her Hermes bag. Sans makeup with a side of sass, Kareena Kapoor’s look is most certainly an ode to the 90’s. 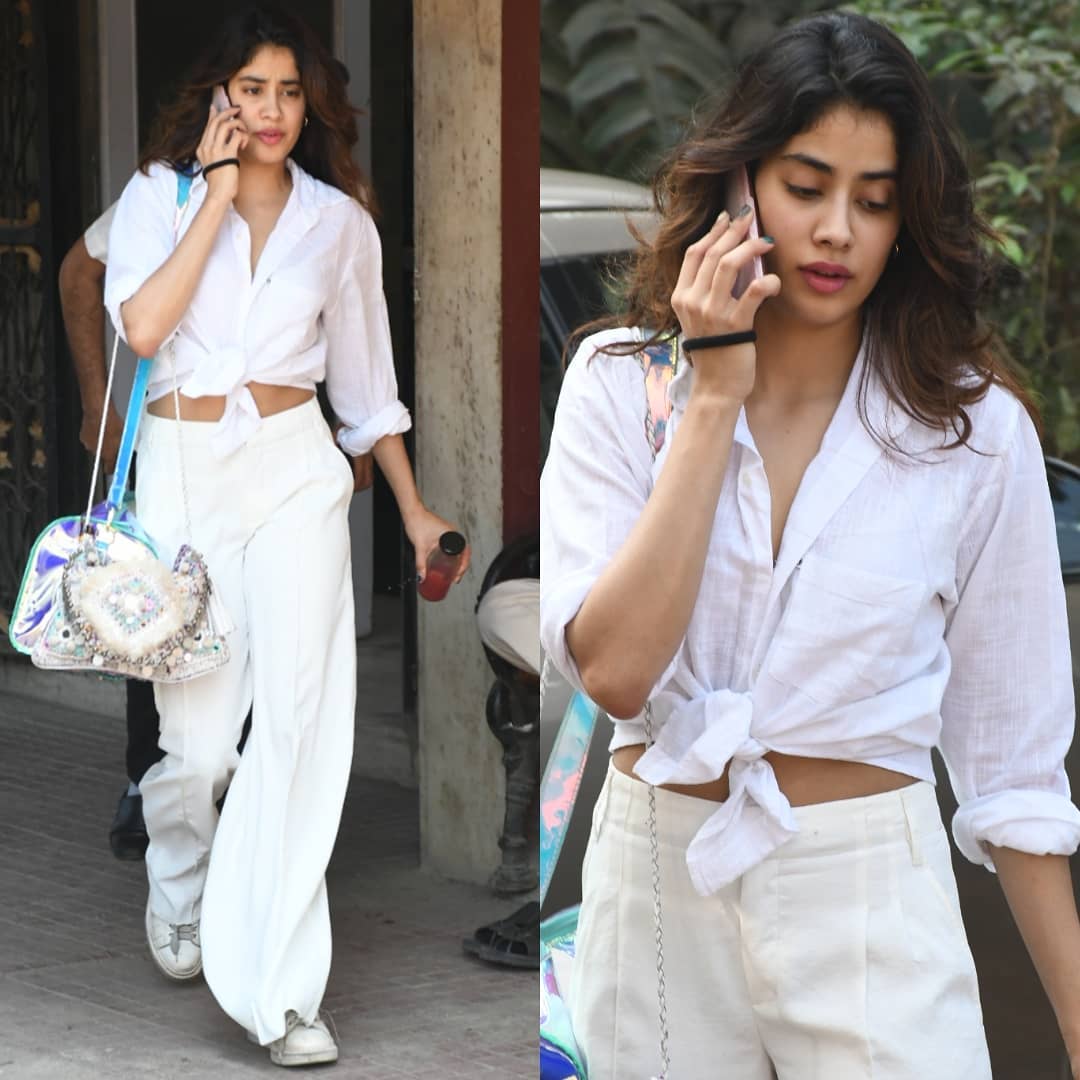 Janhvi Kapoor often makes headlines for her sartorial choices and is often snapped out and about in the city, especially when she heads to the gym. Over her time in the industry, her style has started to evolve and she always manages to make a statement each time she steps out. She was recently spotted in an all-white ensemble which featured a pair of oversized, white linen pants which she teamed with a white button-down shirt which she knotted at the front. Of course, with all that working out, it doesn’t hurt to show off that toned midriff. The Dhadak actress teamed her look with a pair of white kicks and a hologram side bag. She rounded off the look with natural loose waves and sans makeup is proof that you can make a statement in a simple white shirt. 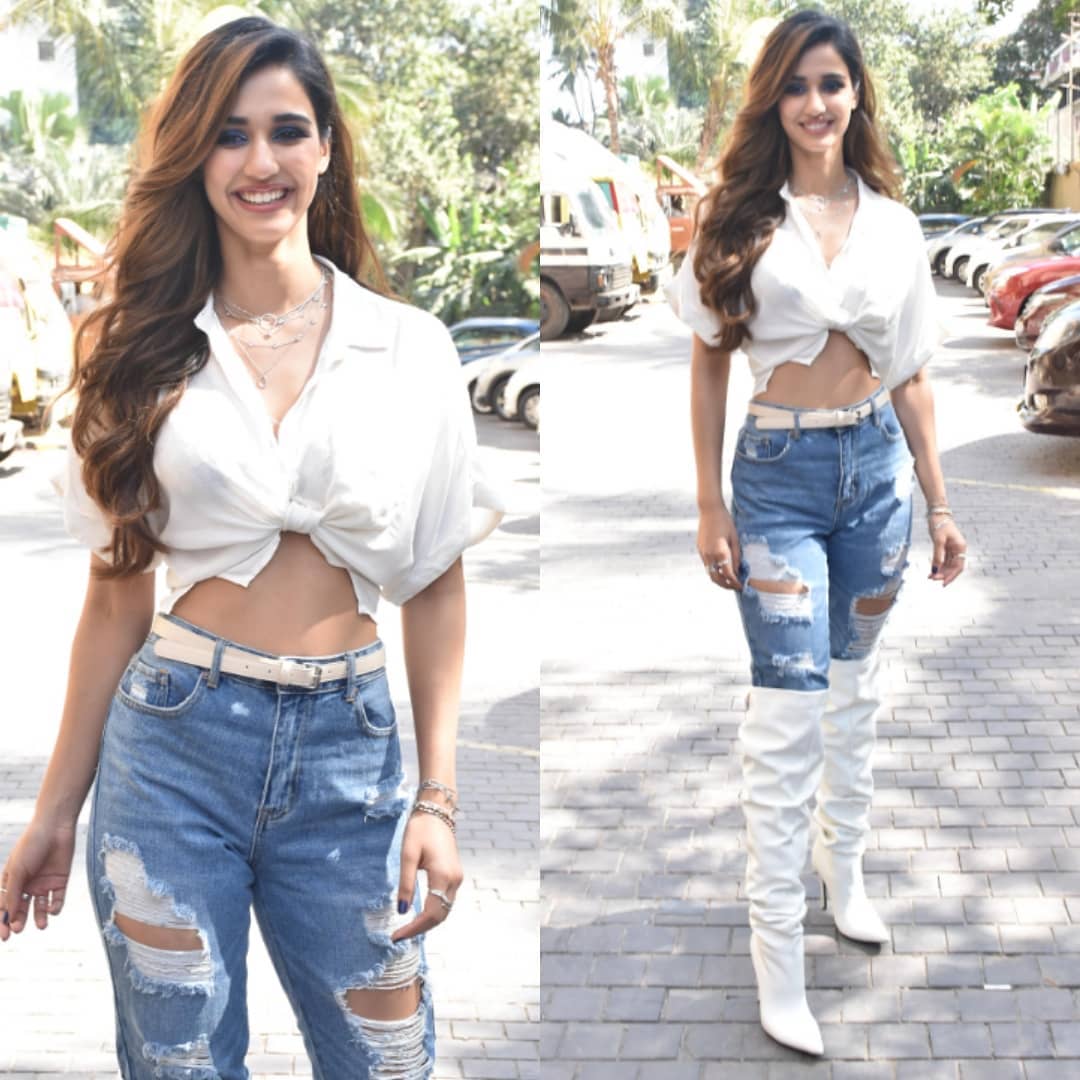 If there is one thing Disha Patani is known for, it is none other than her toned physique and her petite silhouette. She was recently spotted out and about and obliged the shutterbugs with her pictures. She too was spotted in a crisp white shirt which she styled in her own way. Disha Patani turned her crisp white button-down into a knotted crop top as she tied it up halfway above her midriff. The white shirt was teamed with a pair of distressed ripped jeans which she belted at the waist. The look was rounded off with a pair of white, knee-high boots and her voluminous lock of hair.

And here are three ways in which you too can style a white shirt.

Mehwish hails student for graduating with a gold medal

More than 100 people have been tested for coronavirus in B.C., province says