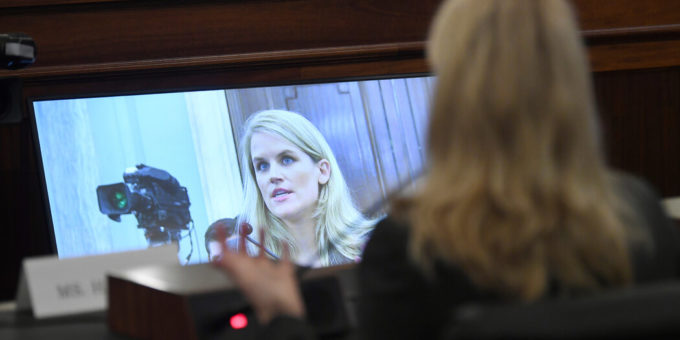 The Journal team left before the call was over. Since then, journalists at The Atlantic, The Associated Press, CNN, NBC News, Fox Business and other outlets including The New York Times have been poring over the first tranche of Ms. Haugen’s documents, along with a parallel group in Europe, with a plan to publish their findings on Monday (though stories began trickling out Friday night).

We live in a time of mega-leaks, enabled by the same digital technology that allows us to surveil one another and document our lives as never before. These leaks have given the leakers and their brokers a new kind of power over the news media, raising tricky questions about how their revelations should enter the public sphere. There are questions, in particular, on the balance of power between the sources of vital information and the reporters who benefit from them.

Some leaks, including U.S. military and State Department files, emerged on WikiLeaks or nameless servers in the form of massive data dumps; others, including Edward Snowden’s National Security Agency files and The Intercept’s revelations of America’s drone wars, came about after journalists had gained sources’ trusts.

Reports on the Panama Papers, based on the leaking of more than 11 million documents, and other examinations of global tax evasion that followed it were brokered through the International Consortium of Investigative Journalists, which managed a collaboration among hundreds of journalists around the world. They read the documents, as well as one another’s stories, on a secure server before coordinating the rollout of their articles on social media.

In some cases, the leaker or hacker seems to be the one who controls how and when information is released. That’s how it went in the run-up to the 2016 presidential election, when a Kremlin-directed cyberattack on the Democratic National Committee led to the devastatingly timed publication of the committee’s private documents on WikiLeaks.

In other instances, a key source may yield to a unified group of journalists — at the International Consortium of Investigative Journalists or elsewhere — who add layers of reporting and analysis to the raw material.

“You can’t afford to have the source dictate the story,” Gerard Ryle, the director of the International Consortium of Investigative Journalists, said in an interview.

Shane Watson Thanks Fans For Support, Vows To Come Back Stronger Next IPL
2019-05-16