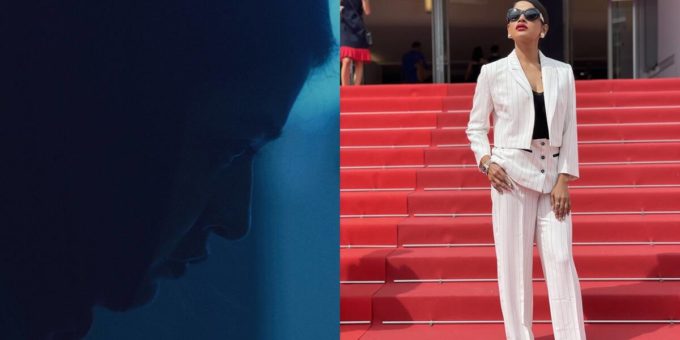 It was her love of literature that brought Azmeri Haque Badhon to acting. She had been a student of dentistry at Bangladesh Medical College in 2006, when the call for a beauty pageant caught her eye — the winners of the pageant would get a chance to work in a film based on a novel by one of the country’s most well-known novelists, Humayun Ahmed (1948-2012). “I come from a very conservative family. I can’t sing or dance. I don’t have a background in theatre. But I entered the pageant only because I wanted to meet Humayun Ahmed sir once,” says the Bangladeshi actor, with a laugh. Badhon ended up as the second runner-up in the pageant, and not only did she have a chance to meet Ahmed, she soon found herself receiving a flurry of offers for serials, commercials, and, eventually, films. “In our society, working in the media comes with a stigma. My family wasn’t happy about it and there was a lot of pressure on me (to quit). I did a few projects here and there, but I never took it seriously. It was only in 2017, after having gone through many tribulations in my personal life that I decided to pursue my career seriously,” says the 37-year-old.

In July this year, when Bangladesh’s first official entry to the Cannes Film Festival, director Abdullah Mohammad Saad’s Rehana Maryam Noor was screened, Badhon turned heads on the red carpet with her impeccable showcase of South Asian couture. But it was in the darkness of the theatre, at the film’s screening, that the real magic unfolded. The story of a woman who stands firm on her decision to call out a sexual predator, Badhon plays Rehana, an assistant professor in a private medical college. A single mother, whose income sustains her daughter, parents and her unemployed brother, Rehana takes on a male colleague whom she finds making sexual advances towards a student. Badhon had rehearsed for the film in episodes, the entire script reaching her just a few months before the shoot, to maintain spontaneity in scenes. Shot mostly in monochromes of blue that highlight the stifling nature of the medical college, Badhon had never watched the terse narrative after its completion. Its similarities with her life were too close for comfort — even though she has never practised, as a doctor, she was familiar with how medical colleges functioned. More importantly, like Rehana, she, too, is a a single mother raising a daughter, and a woman steadfast in her pushback against patriarchy.

Far away from home, watching it on screen for the first time, Badhon felt overwhelmed by a rush of familiar emotions. “In so many ways, Rehana’s struggle was my own. We live with similar mental conflicts, with the same uncertainties and rejections, and fight similar battles. I was crying in the auditorium as I watched the film,” she says. As the credits rolled in and the lights came on, she was stunned when the audience stood up and the film received a standing ovation. “It was beyond my dreams. I did not know how to react. It has been a matter of great happiness, pride and respect for me to have been able to represent my country there. I will put respect over all others, especially, for the background I come from, the society I come from, the life I have led. I have grown up internalising a lot of humiliation, disrespect and abuse not just from outsiders, but from my family, my intimate partner, the legal system. And the sad thing is that I am not an exception. Many women face this even if they don’t speak up about it. So the appreciation at Cannes for my work seemed like a payback for years of hurt and humiliation. The fact that I was there to represent my country, that people knew me by my name, and engaged with my work professionally was a matter of great joy and pride for me. Even for this rare film that has a woman in the lead, before my performance was appreciated at Cannes, many glided over my name when speaking about the film,” she says.

Though the pandemic has pushed the theatrical release of Rehana Maryam Noor into uncertainty, the warm reception at Cannes has motivated her to take on projects that place the woman firmly in the centre of the narrative. Director Piplu R Khan’s Joy Hok, a musical short on the occasion of Bangladesh’s 50th anniversary earlier this year, pays tribute to the country’s national poet Kazi Nazrul Islam by juxtaposing his song against every woman’s struggle for emancipation. Her latest project, Rabindranath Ekhane Kokhono Khete Asenni (Rabindranath Never Came to Dine Here), a nine-part web series by Indian director Srijit Mukherji that released recently on the streaming platform Hoichoi, is an adaptation of another literary work — Bangladeshi author Mohammad Nazim Uddin’s novel of the same name. “One thing that I hold very dear is the response I have received not just from the Bengali-speaking community across borders, but from cineastes in general. Star directors such as Anurag Kashyap have been lavish with their praise, the jury at Cannes was incredibly warm in their applause. It shows how when we hold each other up, we make space for each other to shine,” she says.