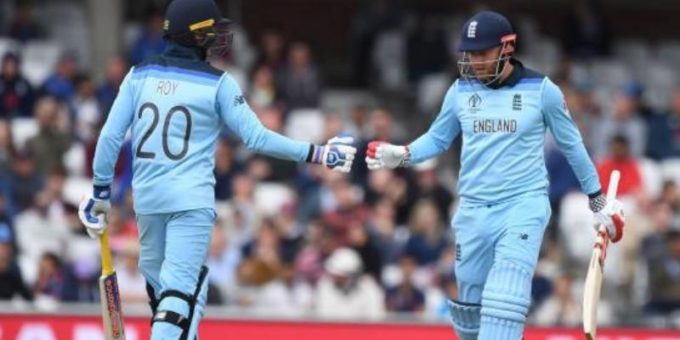 Hosts England will play against defending champions Australia in their ICC Cricket World Cup fixture at Lord’s in London on Tuesday.

England and Australia are both in contention of qualifying for the semi-final stage. Kangaroos are at second position with 10 points from six games while England have picked up eight points from the same number of fixtures.

England began their World Cup 2019 campaign with a win over South Africa but lost to Pakistan. The hosts picked up consecutive wins over Bangladesh, West Indies and Afghanistan before suffering a shock defeat to Sri Lanka in their last game.

Australia started off with back-to-back wins over Afghanistan and West Indies but they suffered a defeat at the hands of  India. Kangaroos once again got back to winning ways by beating Pakistan, Sri Lanka and Bangladesh.

The match will begin at 2:30pm Pakistan time.