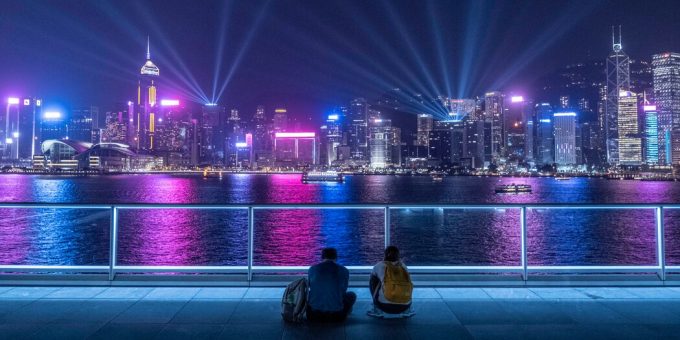 Last July, five young men boarded a recreational boat in a remote harbor in Hong Kong. They passed through waters patrolled by the Chinese authorities and headed east, across the South China Sea.

When they neared Taiwan, they cut off their motor, hoping to be rescued by the Taiwanese Coast Guard. They were in luck.

Now, after months in Taiwan, they intend to seek asylum in the United States, where they arrived at Kennedy International Airport in New York on Wednesday.

They are part of a trickle of political activists who have fled Hong Kong since China’s central government imposed a harsh national security law on the city in June, snuffing out many forms of political dissent, including the pro-democracy protests in which the five men had participated.

The account of their escape from Hong Kong, their stay in Taiwan and their arrival in the United States was provided by Samuel Chu, founder of the Hong Kong Democracy Council, a Washington-based advocacy group that arranged for the men’s travel and lodging and is helping them apply for asylum. None of the five men wanted to be identified out of concern that it could endanger their relatives in Hong Kong. One of them spoke on the condition of anonymity.

While in Taiwan, they were held on a military base and not allowed to communicate with their family and friends, though the man who agreed to be interviewed said they had been treated well. They believed that the United States offered the best chance for them to restart their lives, he said.

After weeks of negotiations, the men were allowed entry into the United States on humanitarian grounds, Mr. Chu said.

China has cast Hong Kong’s pro-democracy protesters as criminals, while the United States and other democracies have challenged China over its crackdown on the city’s liberties. The involvement of Taiwan, a self-governing island democracy that is claimed by China, only adds to the sensitivity.

Spokeswomen for the State Department and United States Citizenship and Immigration Services declined to comment on the case, citing privacy concerns. A press officer for the American Institute in Taiwan, which serves as the de facto American embassy there, also would not comment, nor would a spokesperson for Taiwan’s Mainland Affairs Council.

All five protesters, who range in age from 18 to 26, fled Hong Kong fearing that they would soon face imprisonment, and at least one had previously been arrested in connection with his role in the protests, Mr. Chu said.

The Trump administration’s move, in its final days, to grant entry to the men on humanitarian grounds stands in contrast to its dramatic curtailing of refugee quotas over the past four years. In December, legislation in Congress that would have made it easier for Hong Kong residents to gain refugee status was blocked by Senator Ted Cruz, a Texas Republican.

A few years ago, the idea of political dissidents fleeing Hong Kong, a former British colony that reverted to Chinese rule in 1997, would have seemed unimaginable. Hong Kong’s more than 7 million people have one of the world’s highest per capita incomes and enjoy political liberties that are unknown in mainland China.

But after Xi Jinping became China’s top leader in late 2012, Beijing began to rule over Hong Kong with an increasingly heavy hand. The national security law, imposed after massive and sometimes violent pro-democracy protests swept the city in 2019, has prompted some activists to leave. Most departed in much less dramatic fashion, boarding a plane for Europe or North America; others, fearing arrest at the airport, took to the sea.

In August, weeks after the five men made it to Taiwan, 12 other Hong Kong activists were caught by the Chinese Coast Guard while trying to reach the island. Most of them had been arrested in Hong Kong and were leaving to avoid trial. They were held for months in mainland China without charges; in December, 10 of the activists received prison sentences ranging from seven months to three years, two of them for organizing the escape attempt and the others for illegally crossing a boundary. Two other activists, both juveniles, were returned to Hong Kong.

Other countries have also taken in Hong Kong activists. Canada has granted asylum to 14 people from Hong Kong since the end of December, according to a statement from the New Hong Kong Cultural Club Canada, a volunteer group that assists political refugees from the city. In October, Hong Kong’s government protested Germany’s granting of asylum to a demonstration leader who faced charges of rioting.

Britain is offering a new visa to Hong Kong residents that may enable the millions of them who were born before the 1997 handover to eventually become British citizens.