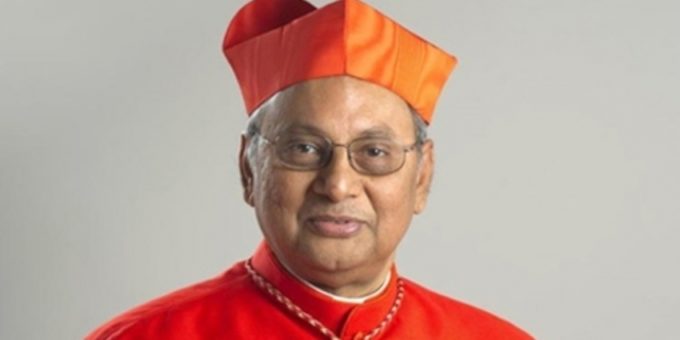 COLOMBO (News 1st); The Easter Attacks Commission and the Report was akin to a charade, says the Archbishop of Colombo, His Eminence Malcolm Cardinal Ranjith.

Speaking 125th Jubilee Feast at the Sacred Heart Church in Bollatha on Sunday (12), His Eminence Malcolm Cardinal Ranjith,  pointed out that the country still does not know the full extent of the catastrophe that took place on April 21, 2019, and he feels that the masterminds behind the attack are still at large.

His Eminence Malcolm Cardinal Ranjith also pointed out that some of the masterminds have not even been questioned yet despite their names appearing in the report compiled by the Commission to Investigate the Easter Sunday Attacks.

“The message for them is to now stay silent and they have played their part,” was the message conveyed by the authorities to us, the Archbishop of Colombo said, emphasizing that if a commission had been appointed with billions of rupees being spent on it, and if thousands of people had testified before it, everything in that report would have been put into action.

However, he added that a certain group of suspects have been imprisoned while some still roam free.

Medplus Health Services And 2 Other IPOs Coming This Week