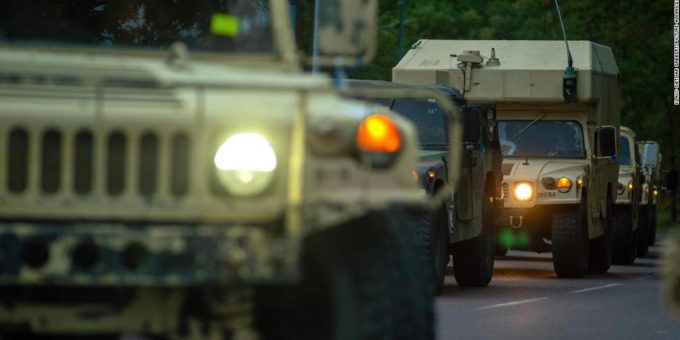 NATO has four multinational battalion-size battlegroups in Estonia, Latvia, Lithuania and Poland, which operate on a rotational basis. Each is led by the UK, Canada, Germany or the US, and contains troops from several member countries. The alliance said last month that all four groups are “robust and combat-ready forces.”

Its Secretary General Jens Stoltenberg has also said it is prepared to rapidly reinforce that presence further by sending additional forces and capabilities into the area.

And the NATO deployments are supported by US troops.

The US has its own bases in Lithuania and Romania, along with several in Poland. President Joe Biden last week formally approved the deployment of 3,000 more US troops to Poland, Germany and Romania, with 8,500 others personnel on heightened alert.

NATO does not have any troops in Ukraine, and no plans have been announced to send troops from the alliance into the country.

But although Ukraine is not a NATO member, the alliance also provides strategic-level advice to the country and has described the relationship as “one of the most substantial of NATO’s partnerships.”

Other assets at NATO’s disposal in the region include a missile defense system in Romania, designed to “detect, track, engage, and destroy” ballistic missiles in the atmosphere. A similar facility in Poland is set to become operational this year.

Those who accused each other in past have come together against PTI govt: PM Imran