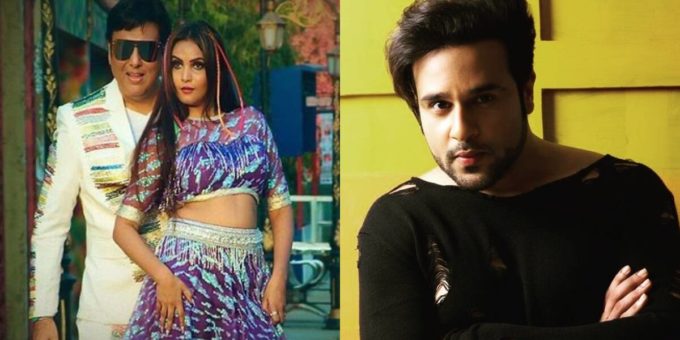 Actor Govinda dropped his new single “Hello” earlier this week. The song, written and sung by the actor, left his fans disappointed. Many criticised it on YouTube which prompted Govinda to switch off the comments section of the video. But, no criticism can deter his nephew and actor, Krushna Abhishek from calling Govinda, ‘Hero No.1’ of Bollywood.

Krushna Abhishek was recently asked about Govinda’s latest song “Hello” getting panned and trolled. Reacting on the same, he told Bollywoodlife, “For me, he will always be Hero No.1”

The relationship between Govinda and Krushna’s family has remained strained for a while now. Krushna’s wife Kashmera Shah and Govinda’s wife Sunita Ahuja have been trading potshots ever since the family feud started. When Govinda came as a guest in a recent episode of The Kapil Sharma Show, Krushna refused to appear.

Coming to the song “Hello”, it is a painful watch for even the loyal Govinda fans. As the 90s superstar shared his song on Instagram, one of the users wrote, “Please come out of the 90s. We are in 2022 not 90s.” Another one added, “Going from bad to worse. With so much of acting talent, this guy has lost insight.” A fan of the actor also wrote, “I love you govindaji but why are you ruining your career.” However, actor Shakti Kapoor, who has worked with Govinda in many films, found the song “Amazing”.

After “Hello”, Govinda has also released his next song, titled “Mere Naal” on the occasion of Lohri.

Coronavirus: What’s happening in Canada and around the world on Thursday
2020-03-26