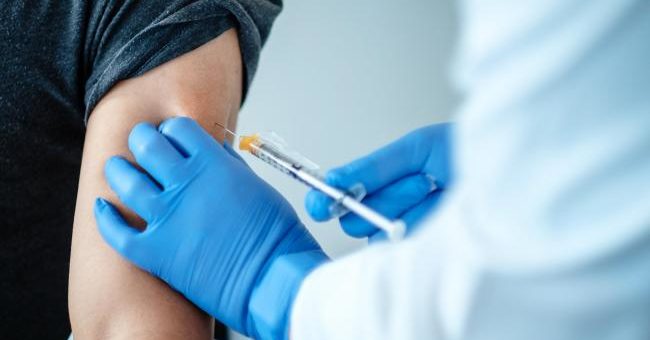 A new Covid-19 vaccine from pharmaceutical giant Pfizer, working with German biotech company BioNTech, has been approved for use in the UK.

The jab has been shown in studies to be 95% effective and works in all age groups.

– Is this a reason to celebrate?

Yes. Analysis shows the vaccine can prevent 95% of people from getting Covid-19, including 94% in older age groups.

The vaccine has been tested on 43,500 people in six countries and no safety concerns were raised.

Approval means the UK can begin rolling out the vaccine to those most in need, including frontline NHS workers.

– What type of vaccine is this?

The jab is known as a messenger RNA (mRNA) vaccine.

Conventional vaccines are produced using weakened forms of the virus, but mRNAs use only the virus’s genetic code.

An mRNA vaccine is injected into the body where it enters cells and tells them to create antigens.

These antigens are recognised by the immune system and prepare it to fight coronavirus.

– What are the advantages of this type of vaccine?

No actual virus is needed to create an mRNA vaccine. This means the rate at which it can be produced is dramatically accelerated.

As a result, mRNA vaccines have been hailed as potentially offering a rapid solution to new outbreaks of infectious diseases.

In theory, they can also be modified reasonably quickly if, for example, a virus develops mutations and begins to change.

mRNA vaccines are also cheaper to produce than traditional vaccines, although both will play an important role in tackling Covid-19.

One downside to mRNA vaccines is that they need to be stored at ultra-cold temperatures and cannot be transported easily.

All vaccines undergo rigorous testing and have oversight from experienced regulators.

Some believe mRNA vaccines are safer for the patient as they do not rely on any element of the virus being injected into the body.

mRNA vaccines have been tried and tested in the lab and on animals before moving to human studies.

The human trials of mRNA vaccines – involving tens of thousands of people worldwide – have been going on since early 2020 to show whether they are safe and effective.

Pfizer will continue to collect safety and long-term outcomes data from participants for two years.

– What’s in the pipeline for the UK?

The Government has secured 40 million doses of the Pfizer/BioNTech vaccine, with 10 million due in the UK by the end of the year.

Patients need two doses, meaning not enough shots have been secured for the entire UK population.

– How will a vaccine be rolled out?

Work has been going on behind the scenes to ensure that NHS staff are ready to start delivering jabs to the most vulnerable, as well as health and care workers, as a priority.

The NHS Nightingale Hospitals have also been earmarked as sites for mass vaccination clinics – among other uses.

In addition, NHS leaders have said there will be “roving teams” deployed to vaccinate care home residents and workers.

Based on the current information, the vaccines being developed require two doses per patient, with a 21 to 28 day gap between doses.

New regulations allowing more healthcare workers to administer flu and potential Covid-19 vaccines have also been introduced by the Government.

– Who is top of the list to get a coronavirus vaccine?

The Joint Committee on Vaccination and Immunisation (JCVI) has examined data on who suffers the worst outcomes from coronavirus and who is at highest risk of death.

Its interim guidance says the order of priority should be:

1. Older adults in a care home and care home workers

2. All those who are 80 years of age and over and health and social care workers

4. All those who are 70 years of age and over and clinically extremely vulnerable individuals, excluding pregnant women and those under 18 years of age

In the past it has taken years, sometimes decades, to produce a vaccine.

Traditionally, vaccine development includes various processes, including design and development stages followed by clinical trials – which in themselves need approval before they even begin.

But in the trials for a Covid-19 vaccine, things look slightly different. A process which usually takes years has been condensed to months.

While the early design and development stages look similar, the clinical trial phases overlap, instead of taking place sequentially.

And pharmaceutical firms have begun manufacturing before final approval has been granted – taking on the risk that they may be forced to scrap their work.

The new way of working means that regulators around the world can start to look at scientific data earlier than they traditionally would do.

– Aren’t there other vaccines?

Oxford data indicates the vaccine has 62% efficacy when one full dose is given followed by another full dose, but when people were given a half dose followed by a full dose at least a month later, its efficacy rose to 90%.

The combined analysis from both dosing regimes resulted in an average efficacy of 70.4%.

Final results from the trials of Moderna’s vaccine suggest it has 94.1% efficacy, and 100% efficacy against severe Covid-19.

Nobody who was vaccinated with the vaccine known as mRNA-1273 developed severe coronavirus.

– Which jab is best?

The early contenders all have high efficacy rates, but researchers say it is difficult to make direct comparisons because it is not yet known exactly what everyone is measuring in the trials.

– How many doses has the UK secured?

The UK has secured access to 100 million doses of the AstraZeneca/Oxford University vaccine, which is almost enough for most of the population.

It also belatedly struck a deals for seven million doses of the jab on offer from Moderna in the US.

– 100 million doses of the Oxford vaccine

– 60 million doses of the Novavax vaccine

– Some 30 million doses from Janssen

– 60 million doses of a vaccine being developed by Valneva

– Seven million doses of the jab on offer from Moderna in the US.

– What do they cost?

Researchers suggest the Oxford vaccine could be relatively cheap to produce, with some reports indicating it could be about £3 per dose.

AstraZeneca said it will not sell it for a profit, so it can be available to all countries.

However, the details of the deals made by the UK Government have not been made public.