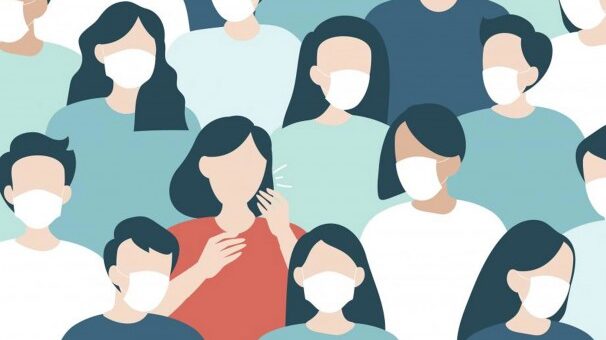 Remember getting caught by your parents for trying out roadside pickles or tawdry coloured crunchy ice outside your school? Better even, remember getting caught by your spouse for devouring the dessert despite your rising sugar levels, or for savouring the second serving of kachchi at a wedding despite your cholesterol? And remember how you tried to wiggle out of trouble by shifting the blame on someone else? In response, you must have heard the age-old taunt that haunt generations throughout the ages: “if ‘someone else jumped off a building, would you jump too?”

This psychology of following the mob—or “herd mentality”—is an evolutionary survival instinct that has helped mankind huddle together and avoid dangerous situations by running away or hiding from a common threat. Herd mentality is our inclination to remain in social groups. Hence when a new gadget hits the store, we desire to own it—not because it is the greatest gadget ever, but because everyone else is buying it. Does it mean we do not have individual choice while making decisions? History tells us, using the actions of others as the only guide without seeking information on our own can be very dangerous. Whimsical investment in shares following the mob is a case in point.

The last example also suggests that not all herding is a manifestation of cooperation. In biology, there is a concept called “selfish herd”. A group of guppies will stick together thinking the predator will eat those in the periphery. A herd is formed completely out of the selfish desire of individuals, with no regard for the collective entity. Herding also benefits us as we can gather information about potential threats from one another.

The government decision to impose a lockdown herded us. We listened to the doctors, experts and lawmakers during this pandemic. We remained home under voluntary isolation or relaxed lockdown. We were told that we are all potential vectors, carriers of the virus. If we come in contact with others, we will harm each other. Collective fear was instilled in us to stimulate our herd instinct. We became angry at those who are not deemed our own. We disowned the non-resident Bangladeshis coming from affected countries. We saw them as threats to our compact social grouping. In fact humans, unlike sheep, need two flocks: “one to belong to and make them comfortable and another to blame all of society’s problems”, according to author James Rozoff.

In the last two months, we have learned to readjust life, migrating some of our social activities online. We went live on Facebook, chatted using apps, found lost friends on web groups, binge watched movies, surfed channels, read stuff, and, last but not least, worked from home—while trying to pass our time in the best possible way.

Not everyone has the luxury of working from home or becoming screen addicts though. There are essential workers who have to be out there. We used blue thumbs on social media to show empathy for doctors, nurses, police, emergency service personnel, bankers and administrators, preferring to use dumb emoticons to keep enemies at bay.

We do not go to the balconies because the cry for food from the streets is just too much. And there are so many of them out there, and there is very little that you can do. There is a muffled cry for food in the pack that surrounds us. The moment you go to a store, you get mobbed as if you are witnessing scenes from Les Misérables. Some of us heard it, and tried to reach out. Some of us pretended not to hear it, and tried to hoard essentials to secure our own.

As the disease gnaws away at our resources and reduces us to our bare selves, a new mantra is heard:  “money before lives, lives before money.” First, the garment workers were allowed to break the herd protocol. “If we don’t open now, businesses will go away for good,” we heard.  The selfish herd at the core allowed the peripheral ones to become vulnerable to the disease that is zeroing in on us. Then other business houses followed. “Eid is the only time we make money,” we heard. We allowed another chunk of the herd to break away.

Suddenly we are attacked by the apparent randomness of a chaotic complex system. There is a shopping frenzy out there, while others shrink in fear behind their masks. What happened to the lockdown: is it there or not? You cannot be half-pregnant: you are either pregnant or not. What is going on?

Then you start seeing underlying patterns, fractals, and loops that help you understand the hard fact, the chaos theory. It is impossible to feed 160 million people for an unseen period of time without making the production line active. Some of us must be out there to make sure that the rest are fed. The government is posed with the trolley problem. The driver of a runaway trolley sees five people tied up on the track. If he swerves now he endangers everyone on board, and if he does not, he will kill five people for sure.

I heard the Home Minister explaining the absence of police monitoring. He sounded rather helpless: “if people want to dive into water and drown, what can you do?” Yes, people want to feel alive before they die again. Wasn’t it Freud who talked about death drives? If we are vectors like insects, we might as well jump into the fire. Besides, they want to be out there in the open; honk, shout, gibe at others. They want to breathe in polluted air or remain stuck in traffic jam to be alive.

If you think hard, you will see how a part of the herd is being driven to jump off the cliff. The selfish herd will stick to the core. The peripheral ones will attend funerals, take selfies in malls, or ride a bus. The chances are, if we allow some of the group to be exposed to the disease, then we may even attain herd immunity. The World Health Organization has let the secrets out: this disease is here to stay. It will be an endemic like HIV. The vaccines that are in the making will not reach a country like us before 2022. Even if they do, they will be exuberantly expensive, therefore not affordable. The logical thing to do is to let the body create its own antibody. Given the low mortality rate, the better option is to create self-resistance. Imagine how many of us will starve to death if there is no money to buy food. “Lives before money, or money before lives?”—that is the question. So what do we do? Sacrifice a certain part of the herd and buy time for the uncertain future or sacrifice uncertain amounts now, hoping for a certain recovery later? The trolley trouble returns.

The fear is collective. We are angry at the mob who have dared to break the lockdown because they are putting us all at risk. The fear is also individual. We at the core of the herd are selfish herding, hoping that the predator virus will get those who are out there. The situation is not unique. You see it unfolding in every country. Every leader is posed with the same dilemma.

At times, it is better simply to follow the herd.

Shamsad Mortuza is a professor of English, University of Dhaka (now on leave). Currently, he is Pro-Vice-Chancellor of ULAB. Email: shamsad71@hotmail.com.

Donald Trump Says US Will Donate Ventilators To India

Pakistan, Turkey agree to enhance cooperation in fight against COVID-19
2020-05-26