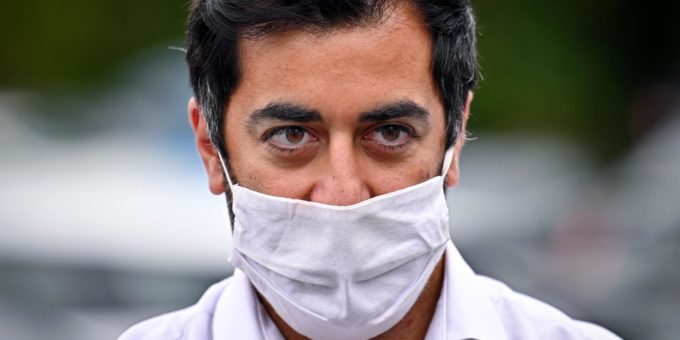 HUMZA Yousaf has been targeted with death threats and vile racist abuse.

The Health Secretary was sent a string of threatening and derogatory messages online, which he shared on social media.

The SNP minister said he and his family were “affected” by the abuse and bemoaned the fact that politicians were seen as “fair game”.

At least seven emails, including Islamophobic and racist threats, were sent to his inbox.

Sharing screenshots of the abuse on Twitter, Yousaf wrote: “This flurry of racist abuse and death threats is clearly from someone extremely deranged & luckily this level of threat is rare.

“But unfortunately too many think Politicians are fair game for abuse, we’re human too, I’m a parent of two kids, how can I not be affected by this?”

Last month, Yousaf and his wife Nadia El-Nakla took legal action against a nursery in Dundee which they say racially discriminated against their daughter.

The couple applied for a place for young Amal at the Little Scholars Day Nursery in Broughty Ferry, but were turned down with the facility claiming there was no space.

But just two days later a white friend of the couple was told there were spaces for her son on three afternoons every week.

Yousaf and El-Nakla reported the nursery to the Care Inspectorate but also instructed solicitor Aamer Anwar to initiate legal proceedings – which are now being taken to court.

A spokesperson for the nursery previously told the Daily Record: “Our nursery is extremely proud of being open and inclusive to all and any claim to the contrary is demonstrably false and an accusation that we would refute in the strongest possible terms.

“In addition to our owners being of Asian heritage, across more than a decade we have regularly welcomed both children and staff from a range of different religious, cultural, ethnic and racial backgrounds including two Muslim families currently.

“We have also regularly made arrangements to accommodate different lifestyles by, for example, providing a halal menu for those children who come from Muslim families.”

Misbah, Waqar step down ahead of T20 World Cup

Telecom Companies Taking A Ride Without Paying For The Horse, Says Supreme Court
2020-08-20