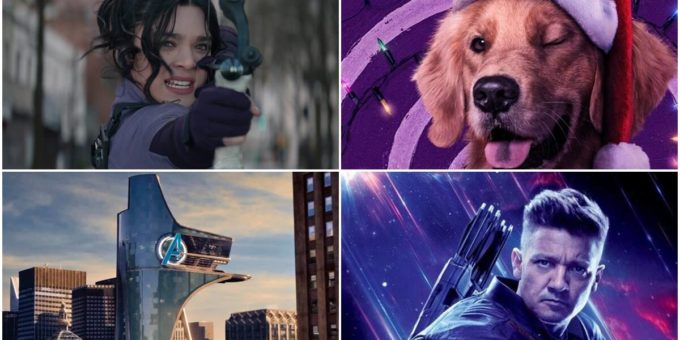 Hawkeye is a new MCU series on Disney Plus Hotstar that continues the story of Jeremy Renner’s titular archer superhero (also known as Clint Barton) and also introduces Hailee Steinfeld’s Kate Bishop — who assumes the mantle of Hawkeye in comics.

Two episodes of the series were released simultaneously on Wednesday last week. The show has a festive theme and begins a few days before Christmas in New York.

Like everything else in MCU, Hawkeye boasts of loads of callbacks to earlier MCU events, Easter eggs, and references. Here are five of those.

While watching Rogers: the Musical in New York, Clint appears to go into a trance and cannot hear what his daughter is saying. She then asks him whether he turned off his hearing aid. This is directly lifted from comics where the superhero becomes hearing impaired.

The Battle of New York

Until 2012, the Battle of New York in The Avengers was MCU’s biggest set piece, a giant battle between the Avengers against Loki and the Chitauri army lent to him by Thanos that reduced much of the city to rubble. Hawkeye’s opening scene saw Kate witnessing Clint Barton taking on the Chitauri warriors.

In one shot, he jumps from a skyscraper and as he is falling, he shoots an explosive arrow at an enemy at the top of the building. It was the same scene that we saw in the film, only the angle was different. Clearly, the scene was reshot to give it such seamless similarity to the original and a lot of VFX wizardry was also involved.

In the second episode, Clint pretends to be captured by a group of Russian goons. They don’t know it, but he just wants to know about their goals. This is a clear callback to the first Avengers movie. In the first act, Natasha Romanoff, better known as Black Widow, allowed herself to be captured and then freed herself easily. Perhaps Clint could have done the same had Kate not arrived to rescue him.

Clint at one point mentions that Tony Stark sold the Stark Tower, which later became Avengers Tower. But he does not tell who bought the building. Disparate theories floating on social media platforms say somebody major like Kingpin or Reed Richard is the current owner. And certainly the way Clint says it, it does look like the show wants it to be a mystery to be solved in upcoming episodes.

Not many know this, but the one-eyed dog that Kate finds is an actual comic-book character. The only difference is in the lore it is Clint who finds the canine.

Hawkeye is streaming on India on Disney Plus Hotstar.

REVEALED: This was the CLAPWORTHY sequence featuring Salman Khan in Antim – The Final Truth that was added at the last minute : Bollywood News