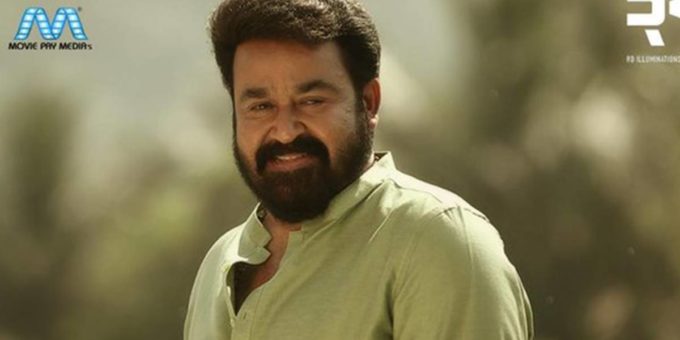 Superstardom and mass movies have been an essential part of all film industries for years now. If Bollywood has Salman Khan, Tollywood has Pawan Kalyan, Kollywood has Rajinikanth, Vijay, Ajith among others to do larger than life roles. When this phenomenon comes to the Malayalam film industry, we don’t have many names other than the big M’s – Mohanlal and Mammootty. These superstars and their ‘mass’ movies, riddled with predictability and clichés, boost the finances of the industry. Prithviraj, who made Lucifer with Mohanlal in the lead role in 2019, has even admitted that if movies like Lucifer are marketed and branded well, it can increase the economic mileage of small industries like Mollywood. Mohanlal and Prithviraj have their own production companies, if not in their name, and have every right to view cinema as a business. They spend money to make more money, but will their business model survive with their age-old formula of mass masala movies? Let’s see if these mass movies still have the power to draw people into theatres, or has their time come to step away as we can see movies with grounded scripts and relatable characters gaining more popularity among the audience.

To understand the lack of quality in content and narration of superstar movies, we will take Mohanlal’s cinematic journey since 2000 as a reference. Malayalam film industry is completed by Mohanalal, or Mohanlal completes this comparatively small south Indian film industry. Such is the impact this veteran actor has on the hearts of viewers, thanks to some memorable roles he portrayed during the ‘80s and ‘90s. Mohanlal has played a plethora of characters during this golden era of Malayalam cinema thanks to some brilliant filmmakers and writers like Padmarajan, IV Sasi, Venu Nagavalli, Lohithadas, Faasil, G Aravindan, MT Vasudevan Nair among others who created some relatable, versatile and intense characters for the actor to portray on screen. It’s no surprise that he became the icon or poster boy of Malayalam cinema by 2000’s along with another superstar Mammootty. Mohanlal went one step ahead to become a brand in himself. There were television shows made about Mohanlal, shows hosted by Mohanlal and many commercial movies used ‘Lalettan’ reference to generate frenzy in theatres. Thus, Mohanlal has become such a huge figure in the Malayalam film industry but the movies he acted in since 2000 lacked conviction and character. Since 2000, with the advent of superstardom, most Mohanlal movies lacked human elements and relatable characters, and instead started to focus only on the actor’s superstar image where the lead character is this larger than life persona.

The actor has starred in around 95 movies since 2000. Of these 95 odd movies, only six to eight movies garnered a positive response from viewers and critics.

For a closer examination of this trend, let’s analyze what happened to the last ten movies of Mohanlal before the release of the much hyped Marakkar Arabikkadalinte Simham. Not the movie’s box office revenue but how they were received by movie lovers. Mohanlal’s last 10 films as a lead actor include 1971: Beyond Borders, Velipadinte Pusthakam, Villain, Neerali, Drama, Odiyan, Lucifer, Ittymani: Made in China, Big Brother and Drishyam 2. He also appeared in cameo roles in Kayamkulam Kochunni and Aadhi during this period. Of these ten movies in which he played the lead character, except for Lucifer and Drishyam, none of the movies made any impact at the box office nor did it gain critical appreciation. Moreover, movies like 1971: Beyond Borders, Villain, Ittymani Made in China and Big Brother became meme material due to their amateur screenplay and cringe-inducing clichés. It’s not the first time Mohanlal has struggled to deliver memorable characters and movies with substance. Since the start of 2000, even though there are at least five movies of Mohanlal released every year, the number of critically acclaimed or memorable movies have been scarce. We can always argue that this happens because not many screenwriters and directors are keen to create a movie out of an original idea or have an exciting script in hand. But, in reality, most of them want to exploit brand Mohanlal for easy returns, especially with television and satellite rights fetching good money for producers.

But now with some of the most hyped movies like Marakkar Arabikkadalinte Simham, Odiyan, Big Brother among others failing to make an impression among the audience, it is actually time for some of the business tactics to change. The best wake up call for some of the producers, filmmakers and actors will be to sit and watch some of the small but effective movies that have released recently in theatres and OTT platforms. One of the movies that released this year that surprised everyone and impressed critics and viewers alike is Jaan e Man. Written and helmed by debutant director Chidambaram, Jaan e Mann won the hearts of viewers with its intelligent craft, interesting story line and relatable characters. The movie, which was released without much hype and marketing, became a huge success with word of mouth. Similarly, movies like Thinkalazhcha Nishchayam, Home, Kunjeldho, Sara’s , Nayattu, The Great Indian Kitchen were movies that didn’t have big stars, marketing strategies or hype, instead they came silently without any big claims and won hearts with plots and characters that are relatable to common viewers.

A totally different example is the success of Minnal Murali. The movie had a lot of pressure to deliver a cinematic experience that would match the hype it created. But director Basil Joseph, actor Tovino Thomas and some excellent technicians with the help of a well-grounded script have managed to tell a superhero story convincingly within a relatable premise of a small Kerala village. The hero and the villain had a past that emotionally connected with the viewers.

In contrast to such successful tales of small movies, the response from viewers after the release of Marakkar Arabikkadalinte Simham shows that even the diehard fans of Mohanlal are disappointed with the movie. The audience seemed to be critical about the movie’s predictable storyline and amateur script rather than being awestruck by its visual grandeur. Malayalam cine-goers have been exposed to foreign movies and international filmmakers long before the advent of Netflix, Disney Plus Hotstar and Amazon Prime Video. Kerala’s film societies, film festivals and pirated CD shops in Bheemapalli and Kochi has helped in creating a mature audience. They have embraced the change in Malayalam cinema also which was evident when movies like Thondimuthalum Drisakshiyum and Kumbalangi Nights became successful because of the scripts and characters that were rooted. Cine-goers in Kerala no longer bother about superstars or mass movies.

Now it has come to a point where these superstars themselves are pleading to the public to stop the criticism which they term as ‘degrading’. Mohanlal even went to the extent of saying that those who criticize his Marakkar Arabikkadalinte Simham is actually trying to destroy the Malayalam film industry and even nation’s image, because the movie has been awarded best feature film in last year’s National Film Awards. Suresh Gopi also came out openly against critics who panned his recently released movie Kaaval. These superstars want the audience to not watch their movies expecting mass scenes. If that’s the most childish thing to hear from some of the biggest stars of this industry, their selection of movies seems to be even more childish. Mohanlal has Barroz, Ram, Bro Daddy and Aaraattu set to hit the screens next year. It remains to be seen if the superstar can generate genuine positive response from viewers and critics for his upcoming ventures, considering his success rate in the last two decades is well below the standards he has set for himself.