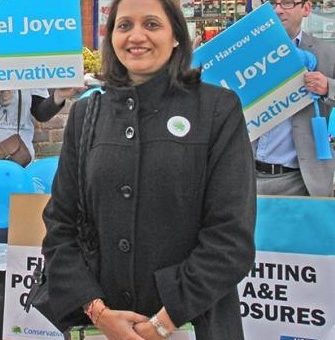 A tweet from a Harrow councillor was included in a dossier of Islamophobic social media posts by Conservative politicians.

The dossier, which was obtained by LBC radio station, included a tweet sent by Cllr Anjana Patel, who represents Belmont ward, to Pakistani activist Malala Yousafzai.

According to a screenshot of a tweet circulating on Twitter, Cllr Patel wrote: “Two Hindu girls were kidnapped from their home, were molested and forcefully converted to your religion, Islam.

“The world should know about this barbaric act by Islamists. Don’t block me. How are you going to help?”

It suggested that Yousafzai is responsible for the actions of other Muslims, which comes under the all-party parliamentary group’s definition of Islamophobia.

Cllr Patel is standing as the Conservative candidate for Brent North, a seat currently held by Labour MP Barry Gardiner.

A spokesperson for the Muslim Council of Britain said: “Anjana Patel’s tweets to Malala Yousufzai were hideously Islamophobic, offensive and not acceptable under any circumstances.

“The fact that the Conservative Party still endorsed her, despite apparently being fully aware of her racism, is disappointing but not surprising.”

Sajal And Ahad Are Getting Married In March

Did you know Meezaan Jaffery was the stand-in Khilji in Padmaavat?
2019-06-20