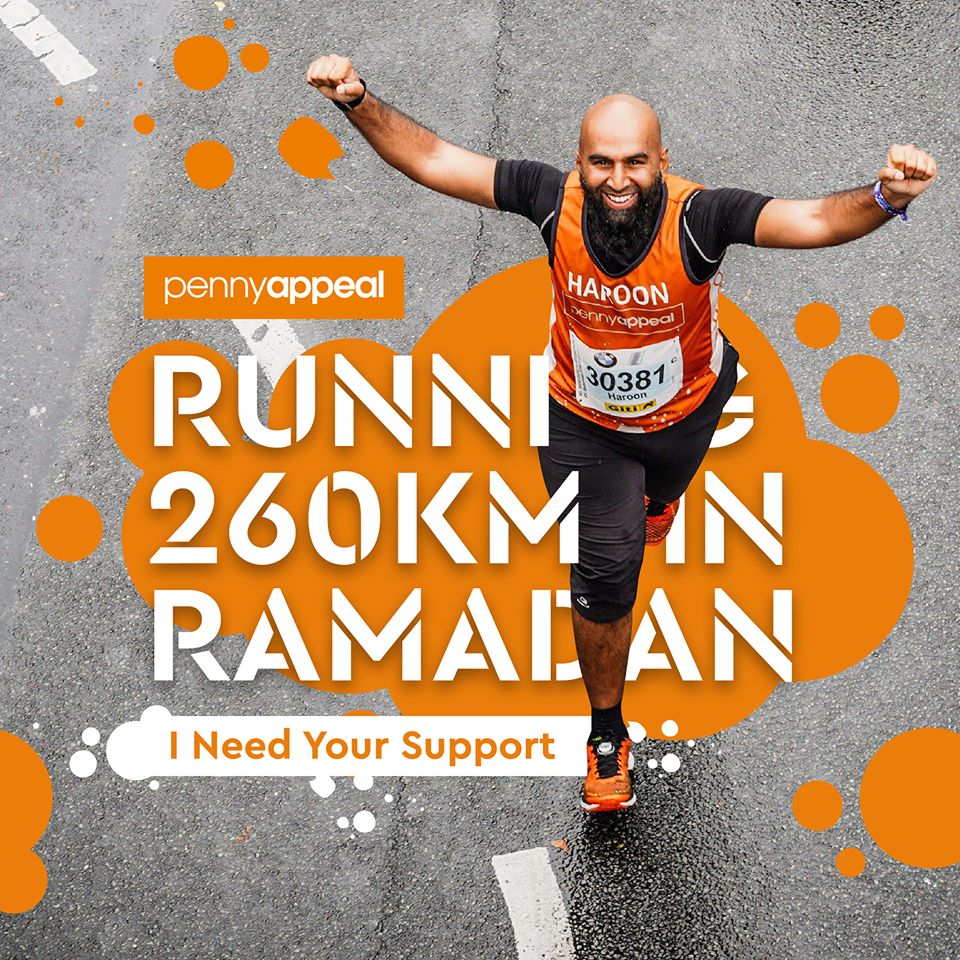 Haroon Mota is pushing himself to the limit in a bid to support some of the world’s most vulnerable people.

Haroon has pledged to run 260km over the course of the Holy Month to raise money for Penny Appeal’s Emergency Response programme, with a focus on the COVID-19 pandemic.

His target is an enormous £25,000, of which he has already raised over half. All of the funds raised will go directly towards supporting those at risk of contracting the virus.

Haroon originally planned to run four world major marathons in five weeks but had to postpone his plans when the Berlin Marathon was cancelled, and the others put under review. Determined to see his fundraising through and further inspired by the 2.6 Challenge that gained popularity towards the end of April, Haroon decided to make the best of the situation and set himself this impressive challenge.

This gruelling challenge will take place over the month of Ramadan, with Haroon needing to average 8.7km per day to ensure he is able to meet his 260k target by the end of the month. He has been aiming to run 10k each day, with no planned rest days.

Haroon said, “Running in Ramadan is such a challenge, because you’re fasting for 16 hours every day, from dawn until sunset. I feel very thirsty when I run, but I keep in mind the millions of people who do not have access to clean water and it motivates me to keep pushing myself.

Haroon begun his training in December and had already run over 500 miles in preparation for his original challenge. He is now putting that training to good use for this extreme feat, with the added challenge of fasting throughout. Y