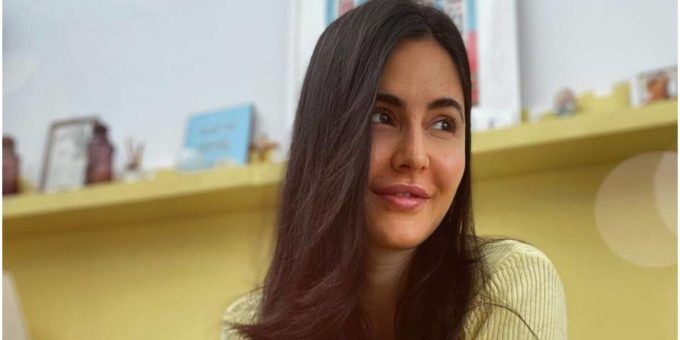 Katrina Kaif is one of the few female stars Bollywood has created in recently times despite the language barrier and intense criticism. As Katrina celebrates her 38th birthday today, here’s looking back at how the actor reacted when asked about her glorious success in the Hindi film industry in the last 15 years.

In an earlier interview with indianexpress.com, Katrina was at her candid best as she spoke about how she finds thinking about her career graph ‘tiresome’. When we asked her looking back, how has been her 15-year-long Bollywood journey, she said, “It is very cumbersome and tiresome to look back. So, I don’t really look back. I just try to be here and look forward. Now what’s done is done. Even when things have been wonderful and fantastic for me, I am only looking forward to what is next. I have enjoyed myself, and I have got to be a part of some amazing films, play some incredible roles and work with the best people in the industry. But now I only look forward to what I want to do from here on.”

Katrina, who used to be seen as a glamorous Bollywood diva, has evolved as an actor, her performance in Shah Rukh Khan’s Zero (2018), is proof. On this, Katrina had shared that, for her growing as an actor and polishing her skill is of utmost importance to her. She had said, “I think it is wonderful. Growth is important in anyone’s life and in any profession you are in. You have to have growth and you have to evolve in someway. It is important how people saw my journey say from New York, Namaste London, Rajneeti and now if they look at my work differently say in Zero or Bharat. I am happy that I am growing in my profession.”

Katrina had debuted in Bollywood with Boom (2003). She is probably one of the few outsiders who has made a pretty enviable place for herself in the industry. She said she is not someone who enjoys revisiting her initial days, she had said, “No. Because if I do, then there is so much to think about. But yes, it does happen if I see something that I did when I first started out or when an ad or video clip from my initial work comes online. I laugh about it. When these things come up, I think about the head space that I was in and it all feels funny now. But over all, I have had a really really great time.”

Katrina is now awaiting the release of her Rohit Shetty film Sooryavanshi, with Akshay Kumar. She has reportedly also started preparing for Tiger 3 with Salman Khan and has also started readings for Sriram Raghavan’s next with Vijay Sethupathi. The actor has done more than 40 films already. “I think I respond very instinctively to the scripts. When a director comes, they narrate a story and you respond to it. It is literally that simple. There is no preconceived thing in my head that now I will only do a period film, an action film or a comedy film. I will only respond to the story if it connects with me.”

On a parting note, Katrina candidly also shared what has been her biggest take away from love, life and work. She said, “It is all unpredictable. You will never know what is going to happen. So I believe in giving it my best and not to stress too much about the future. It is all about enjoying what is today and to try and do what I am doing now with the best of my ability.”

Sixty Three Clinton Opens in the Lower East Side