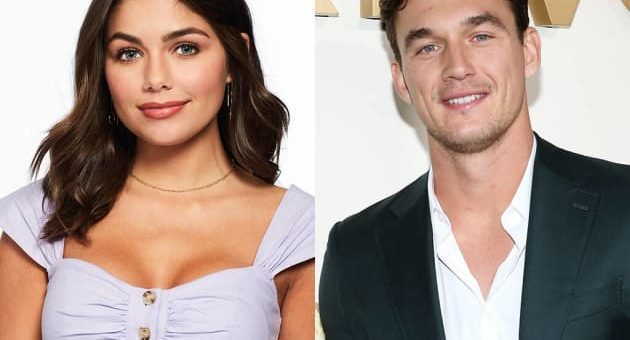 Hannah Ann Sluss has done a lot of talking since being dumped in very public and extremely embarrassing fashion by Peter Weber.


And now the former Bachelor suitor is ready for some action.


Sluss somehow managed to finish both first AND second on Season 24, accepting a proposal from Weber on Tuesday night’s emotional finale…


… only to then meet up with her fiance a few weeks later in Los Angeles and have the engagement brought to an end because Peter’s heart wasn’t actually into it.


Hannah did at least get a few choice words in on stage at the After the Final Rose ceremony.


“Even after our breakup, you reached out to my parents saying that you were just processing your emotions and that you wished more that anything we had met outside of reality TV,” Sluss told Peter, adding to his face:


“How does that make any sense? You signed up to be the Bachelor. You told me these things that I held onto.


“If you want to be with a woman, you need to become a real man.”


In a subsequent podcast interview, Hannah Ann went into detail about all the ways in which Weber mistreated her.


“My instincts were telling me I wasn’t getting all the information I needed to make a decision with Peter,” Sluss said on this podcast.


“In the end, I think he took advantage of the fact that he conveniently left out very important information prior to me making a commitment with him.”


Hannah Ann added that Peter told her “half-truths” and concluded:


“I felt like me being so clear and not playing mind games with him, that he would give me that in return. But really, he was just reckless with my heart.”


Enough about Peter Weber, though, right? That guy sucks.


Appearing as a guest on Thursday’s The Ellen DeGeneres Show (opposite guest host Sean Hayes), Sluss sat down for a rapid-fire game of “Hannah Ann-swers.”


Is Peter a good kisser? “I don’t know about that one.”


As for that chatter that Hannah Ann might be heading to Bachelor in Paradise, the 23-year-old didn’t deny such talk.


And then Hannah Ann was then asked who she’d be interested in dating from Bachelor Nation, which she called the “easiest” question.


“I think this is the easiest question…Tyler Cameron,” Hannah Ann said, giggling. “I mean…yeah.”


Cameron, of course, finished second on Hannah Brown’s season of The Bachelorette, only to eventually date Brown for a bit after she broke off her engagement to Jed Wyatt.


Tyler also went out for several weeks with Gigi Hadid.


Dude is a sought-after commodity!


Overall, looking back on her Bachelor journey, does Hannah Ann regret anything from this experience?


We can all agree on one thing here, though, can’t we?

India vs South Africa Remaining Two ODIs To Be Played Without Spectators In Stadium: BCCI

Night Curfew In Jaipur, Other Rajasthan Cities Amid Spike In Covid Cases
2020-11-21