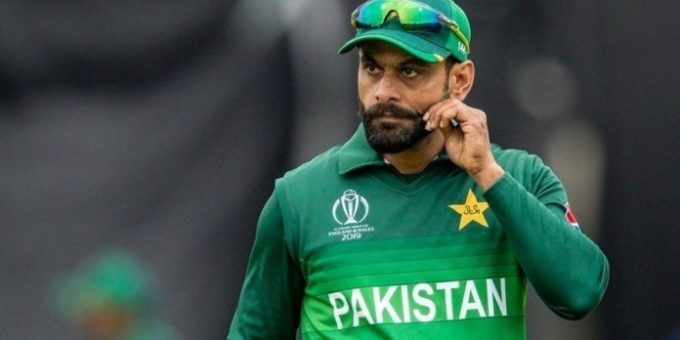 Veteran all-rounder Mohammad Hafeez has returned to Pakistan after aborting his Caribbean Prenuer League campaign after threats by the Pakistan Cricket Board, he has claimed.

Hafeez, who has been named in the Pakistan T20 squad for the upcoming series against New Zealand, claimed that he had been granted an NOC by the PCB to stay in the Carribbean till September 18. However, the 40-year-old told SAMAA, that the PCB later threatened him for consequences if he fails to report six days earlier.

On the other hand, Hafeez said, the PCB allowed all-rounder Imad Wasim to complete the full CPL campaign.

Hafeez, who was also involved in another controversy with the PCB two years ago over Pakistan’s players’ participation the T10 league, said he is not going to stay silent anymore and is going to expose PCB CEO Wasim Khan and Director International Cricket Zakir Khan.

He said he is going to call a press conference soon where he will present evidences between the two, adding that he has been patient for the last two years,

The right-hander said he will represent Pakistan in the T20 World Cup only if he is treated respectfully. Otherwise, he said, he will opt out of the mega event.

The squad announced for the New Zealand series is also finalised for T20Is against England — to follow right after — and the T20 World Cup. It starts on October 17 in the United Arab Emirates and Oman.

Who Is Bhupendra Patel? 5 Points On New Gujarat Chief Minister

Passengers being screened at border crossing with Iran: Zafar Mirza
2020-02-23