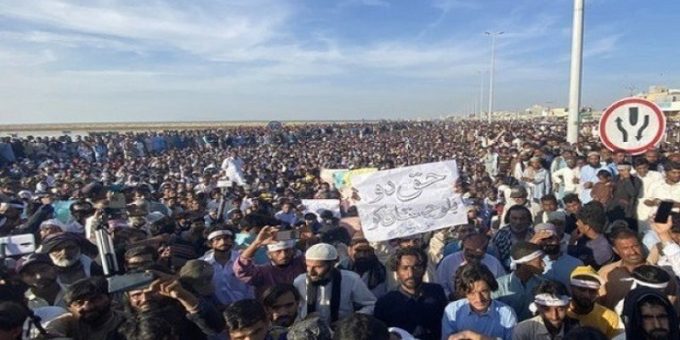 After over a month of protests from the people of Gwadar who were demanding their fundamental rights, Maulana Hidayat-ur-Rehman, the leader of the sit-in, has decided to call off the protest after negotiation with the government.

Confirming the development, Balochistan Minister for Planning and Development Zahoor Buledi took to Twitter and wrote that the negotiation between the government and Balochistan secretary-general of Jamat-e-Islami Maulana Hidayat-ur-Rehman took place in the presence of the chief minister of Balochistan, Abdul Quddus Bizenjo.

“The negotiation with Maulana Hidayat Ur Rehman in the presence of CM has been successful. Govt has accepted all demands of Maulana Sb and the dharna is to be called off.”

CM Bizenjo, in a statement, said all the demands of the Gwadar protesters are legitimate, as he mentioned that the government’s priority was to provide them opportunities for growth and make basic necessities available for them.

Gwadar’s citizens had a long list of demands, including shortage of drinking water, the poor state of health and education facilities, and the impact of large trawlers on fishermen’s earning potential.

A few days ago, Prime Minister Imran Khan had announced that he had taken notice of the “very legitimate” demands of the Gwadar fishermen, adding that he would take strong action against illegal fishing by trawlers in the area.

The prime minister’s tweet followed a series of protests by locals in Gwadar, who had taken to the streets to raise their voices for their rights.

“I have taken notice of the very legitimate demands of the hardworking fishermen of Gwadar. Will be taking strong action against illegal fishing by trawlers and will also speak to CM Balochistan,” the premier had stated on Twitter.

Gwadar has seen protests for the past few weeks, sometimes featuring thousands of women with young children, speaking out against the large trawlers.

Locals say the trawlers, which are illegally plundering the Arabian seabed, are making it harder for fishermen to fish in the waters.

Fishing is one of the main sources of income for residents of the area.

Despite protests from local fishermen about the fleets, they said they had received “no response from the Gwadar Development Authority or the Balochistan government.”

Anis Tarique Gorgej, the assistant deputy commissioner had said that the local administration is in touch with the protestors and all their concerns will be addressed.

“We are already working on stopping the trawlers and to facilitate trade at the Iranian border,” Gorgej had said. “But fulfilling all the demands will take some time.”

Watch: What Are The Health Benefits Of Vitamin D? What Makes It So Crucial For Good Health?
2020-06-20