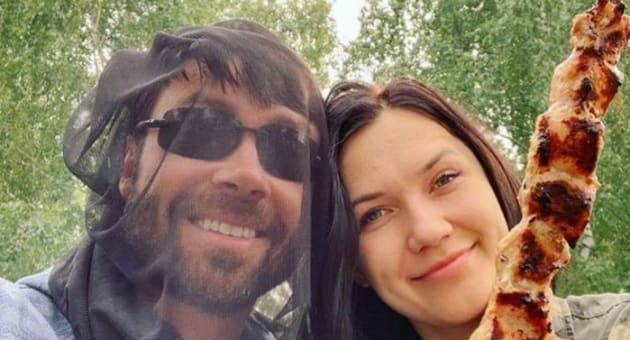 Tensions between Russia and the United States have been running high for about the past 75 years or so, and while historians and politicians have long predicted that the situation would eventually come to a head, they didn’t anticipate that it would happen over a foosball table in Knoxville, Tennessee.


Yes, if you’re up to date on 90 Day Fiance, you know that Russki charmer Varya Malina showed up unannounced after rejecting Gregory Paschel’s proposal, and the situation turned ugly in a hurry.


And not surprisingly, Gregory’s friends sided with Mary Wallace over the considerably-younger Muscovite radio DJ who had already broken their friend’s heart once.


But Sunday’s 90 Day finale reminded us that Gregory is still head over heels for Varya — and it seems he feels no such passion for Mary, as we probably should’ve guessed from all those years she spent in the friend zone.


At first, however, it seemed unclear which direction Gregory should go in.


Mary was a longtime friend (we’re guessing they’re not on the greatest terms these days); they ran in the same social circle; and perhaps more importantly, she lives down the street from Paschel, and not on the other side of the freakin’ world.


But the heart wants what it wants, so even though Varya shot him down once and humiliated him over his criminal past, Gregory decided to take the plunge and get down on one knee a second time.


“Varya, I didn’t realize how much I truly loved you and how much I truly missed you until you said ‘surprise’ at my doorstep,” he said after luring her to some weird tourist trap where people write wishes on curly Post-It notes.


(We kid, it was actually pretty romantic.)


“I made a wish and the wish was for you to be a part of my family. Will you marry me?” Paschel continued.


On paper someone leading you deep into the woods in a foreign country and springing a surprise on you sounds like a pretty unpleasant experience, but Varya was overjoyed.


“I wrote in Russian, ‘I wish [for] the happiest family with Geoffrey,’” she later said about her Post-It wish.


“The creatures can read the paper in Russian!”


And with that account of magical woodland creatures who understand the cyrillic alphabet, the conflict between America and Russia was forever resolved.


Or they’re gonna continue tampering in our elections until the ghost of Stalin somehow becomes our president. Either way.


As for Mary Wallace, one viewer summed her situation up with spot-on accuracy, tweeting, “Everybody knew Mary was the rebound except for her.”


Like so much of 90 Day Fiance, that statement is unpleasant, but undeniably true.

Blast from the past: Who was the first heroine to don a swimsuit in a film?