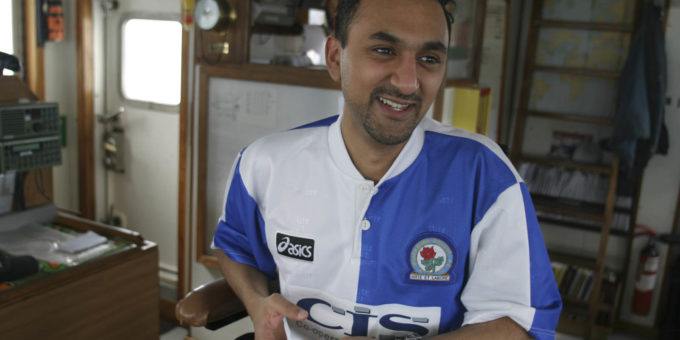 Former Greenpeace doctor, Reza Hossain will be the Green Party candidate for the Blackburn Constituency.

Brought up in the town, Dr Hossain trained as a doctor at Newcastle University and has worked as a GP in Essex for several years before returning to his home town. He now works as a GP at Witton Medical Centre.

Reza has for many years been a campaigner for the environment and for a while served on the Greenpeace ship, Arctic Sunrise as its doctor.

He said, “Some things are even bigger than Brexit.

“From the recent flooding in Yorkshire to the disastrous fires in California and Australia and the air quality crises in South Asia, things can only get worse if we don’t now start changing the way we do things” adding “ including here in Blackburn.

“As a community doctor, I am a strong supporter of the NHS and for improved funding. But that’s not enough.

“Alongside healing people we have to heal the planet too, and practise healthier living styles. More cycling and walking, for example instead of driving everywhere! Government has to take the lead in this”.

The Green Party is advocating massive investment in renewable technologies, home energy efficiency and sustainable transport, as it has been for decades.

“Now is the time to make it happen”, says Dr Hossain, “and the best way to get this done is by voting Green in this election. It is the only way to show whoever is in power that it must be done”.

The full list of candidates standing in Blackburn are: