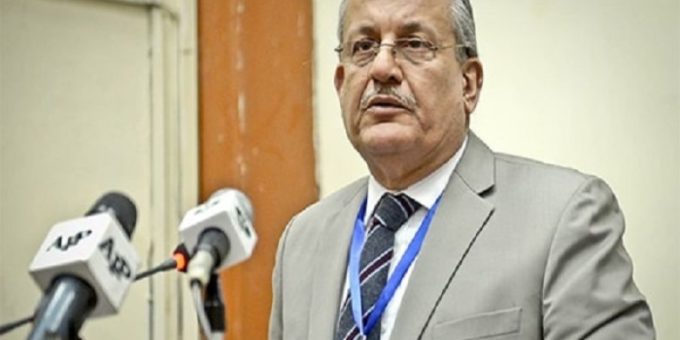 Senator Raza Rabbani on Wednesday claimed that the PTI-led government was in talks with the International Monetary Fund (IMF) to introduce the mini-budget through an ordinance.

Speaking during the Senate session, the PPP senator maintained that after the passage of the State Bank of Pakistan (SBP) Amendment Bill, the central bank would only be accountable to the IMF.

“It was also not considered appropriate to keep parliament informed on important strategic or economic decisions,” he added.

Leader of the House Shahzad Waseem responded that Rabbani seemed to be a bit too worried over ordinances.

“Both the houses are working now. How will the government introduce an ordinance in these circumstances?” he added.

Waseem claimed that the mini-budget had not come up in the federal cabinet meeting on Tuesday.

“When the mini-budget comes, it won’t be passed without a debate.”

The session of the upper house of parliament was presided over by its Chairman Sadiq Sanjrani.

The senators observed a one-minute silence to pay their respects to the victim of Sialkot tragedy, Priyantha Kumara, and decided to hold a thorough debate on the gruesome killing of the Sri Lankan national on Friday (today) by suspending all other items on the agenda.

The commerce ministry in its written response informed the House that there had been a significant increase in imports against last year – around 64% in the first four months of the current fiscal.

The ministry attributed the rise in imports to the rising oil, gas, coal and food prices.

It added that steps were being taken to discourage imports.

“The SBP has imposed 100% cash margin requirement on the import of 25 items.”

“Pakistan has started trade with Uzbekistan through trucks,” he added.

“A shipment of mangoes from Pakistan was sent to Uzbekistan on trucks.”

The adviser further said trade matters with Uzbekistan would be settled by June 2022.

“We will be visiting Uzbekistan again next month. Pakistan intends to trade with Uzbekistan in many areas.”

The adviser further said ever since the Taliban government took over in Afghanistan, duties had been reduced on many items for the neighbouring country as it did not have dollars.

Dawood said he had visited Iran two months ago and there could be no agreement through banking with it because of the sanctions on that country.

However, he added that Iran was an important country for Pakistan and there would be agreements with it for barter trade and LNG.

The finance ministry presented details of sales tax rates on petroleum products from August 2018 to November 2021.

Senator Rana Maqbool pointed out that the price of petrol in the global market had decreased by $15 per barrel.

“Why haven’t we passed on the relief to our people?” he asked.

Minister of State for Parliamentary Affairs Ali Muhammad Khan replied that the price of petrol in Pakistan was the cheapest in the region.